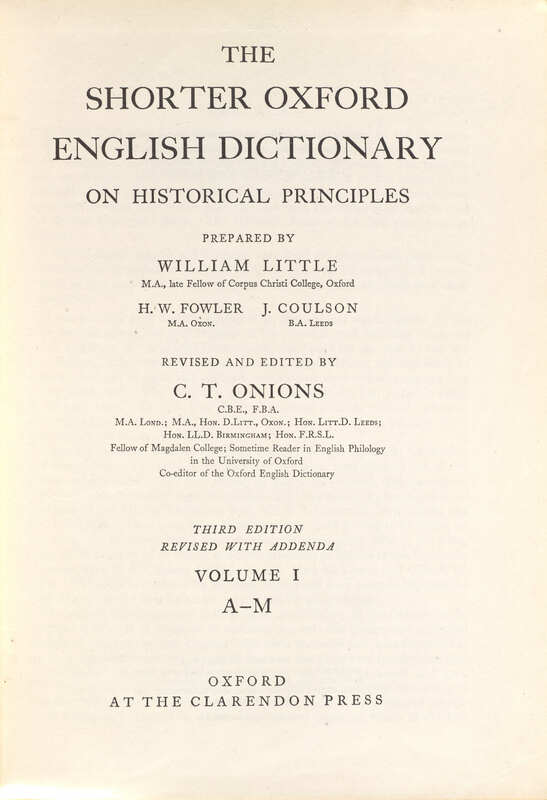 An abridged version of the 1928 Oxford English Dictionary, this work compresses the original 15,000+ pages into only two volumes containing 2,500 pages. Compared to the twenty volumes of the original OED, this work is more approachable and more likely to be owned by individuals rather than institutions thanks to its reduced cost. This version focuses more on words actively used in modern vocabulary. Anticipating the need for a more accessible version of the voluminous dictionary, the process to abridge the text was begun by William Little in 1902, before the original OED was completed. Little worked on the shortened version until his death in 1922, by which time he had completed entries from "A" to "T", and "V."