A Dictionary of the Fossils of Pennsylvania 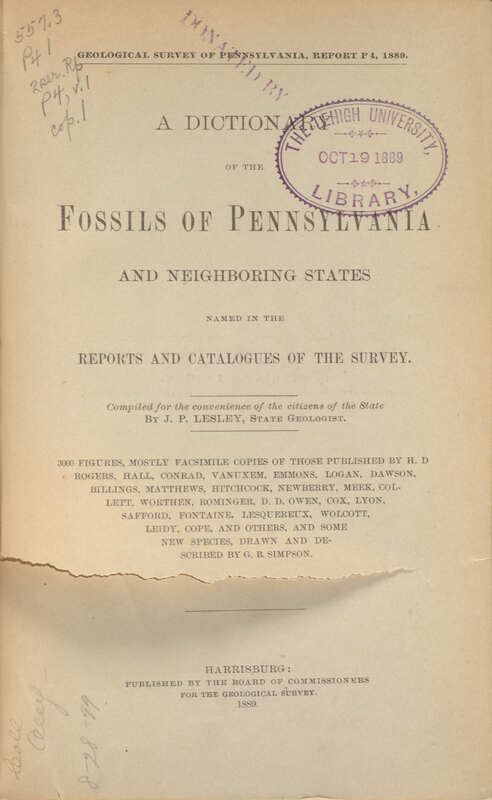 Lesley began his studies in geology following his religious pursuits at the University of Pennsylvania, serving on the first geological survey of Pennsylvania led by Professor Henry D. Rogers. In 1851, Lesley left the ministry and pursued geology professionally, eventually being appointed State geologist and serving as a professor of geology at the University of Pennsylvania. This dictionary was created as part of the state’s second geological survey and contains illustrations and descriptions of fossils discovered in Pennsylvania and surrounding states, arranged alphabetically by its species, as well as what type of stone in which the fossils were found.

J. P. Lesley (1819-1903).
A Dictionary of the Fossils of Pennsylvania. Harrisburg: Pennsylvania, Board of Commissioners for the Geological Survey, 1889-90. 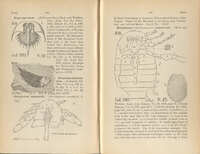