A New Spanish and English dictionary 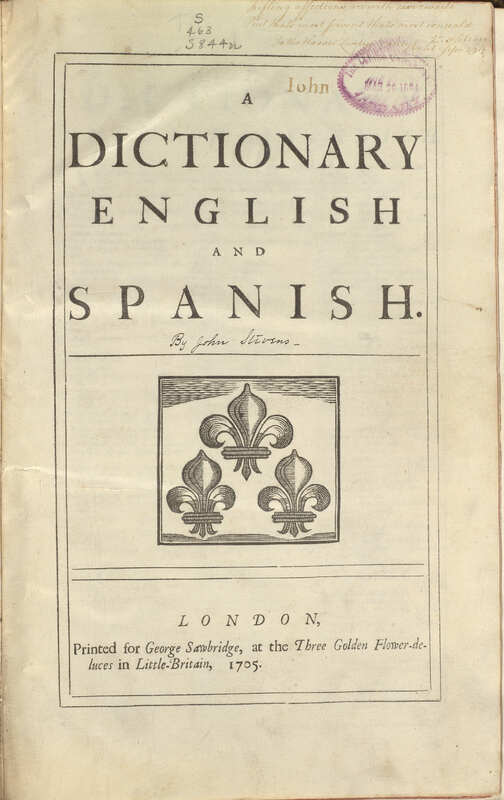 Although John Stevens was born in London, he was raised speaking Spanish, as his father had worked in Madrid and his mother was likely Spanish. Stevens was a Jacobite, supporting King James II following the 1688 Glorious Revolution, and was forced to flee England for France, Ireland, and Portugal. He returned to London around 1695, where he wrote histories and translated Spanish and Portuguese works. Stevens worked on this dictionary for over two years, drawing mainly from the 1599 work A Dictionarie in Spanish and English by John Minsheu. Stevens’ dictionary defines about 22,500 words, of which around 4,000 were additions to this earlier work.