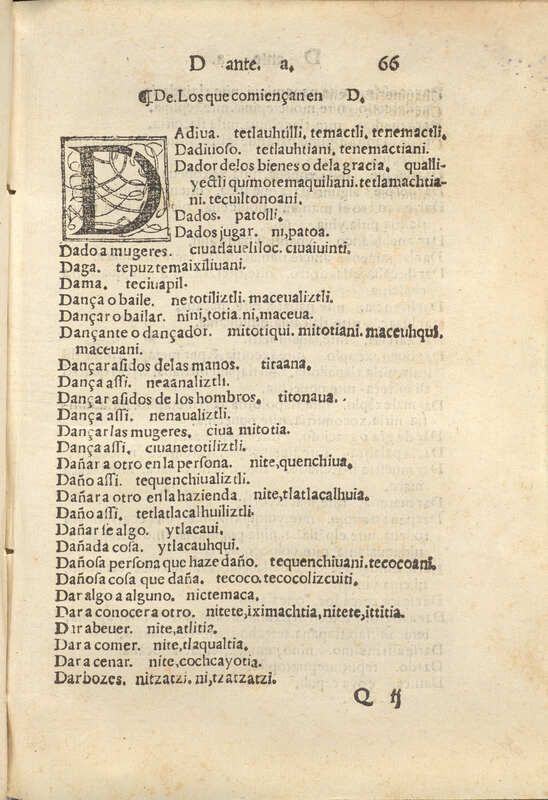 Nahuatl was the language used throughout the Aztec Empire. When Spain colonized much of the Americas in the 15th and 16th centuries, it was the Nahuatl language that they primarily encountered in what is now known as Mexico. The grammar of the Nahuatl language was first documented by the Franciscan priest Andrés de Olmos in 1547. Molina expanded his original linguistic work into a bi-directional dictionary in 1571, allowing for more easy communication between indigienous peoples and Spanish speakers and for more effective religious practice. In addition to documenting the Nahuatl language, Molina’s dictionary is also significant in bibliographic history as it was the earliest work of lexicography printed in the Americas. 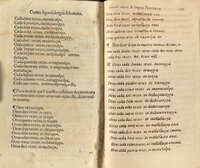