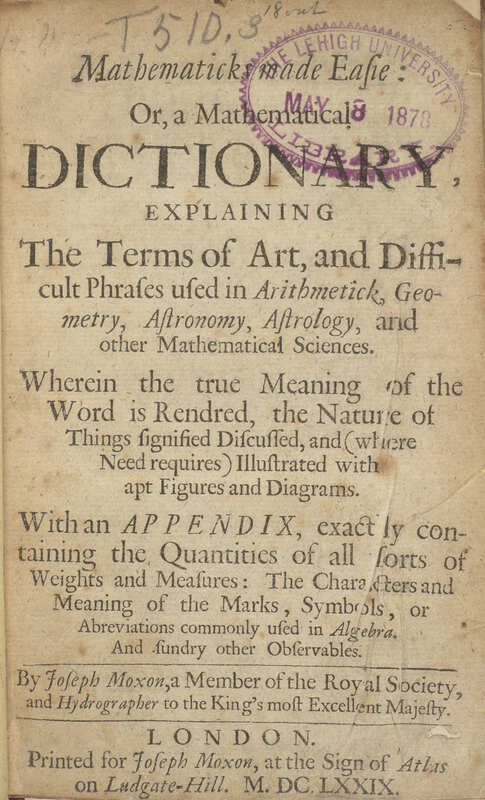 Although dictionaries are most commonly associated with language and literature, they are also useful for science and math. The first English language dictionary dedicated to mathematical terminology, this work demonstrates that dictionaries have practical applications outside of traditional literary descriptions. Joseph Moxon wrote this work at the end of a long and varied career. By the time Moxon published Mathematicks Made Easie, he had already been a printer for over thirty years, was appointed by King Charles II to be the royal hydrographer 'for the making of Globes, Maps and Sea-Platts,' and was elected to the Royal Society. As a printer, Moxon is also recognized for having produced “the first complete English type specimen known.”

Joseph Moxon (1627-1700).
Mathematicks Made Easie: or, A Mathematical Dictionary, Explaining the Terms of Art, and Difficult Phrases Used in Arithmetick, Geometry, Astronomy, Astrology, and Other Mathematical Sciences. London: Joseph Moxon, 1679. 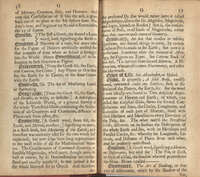 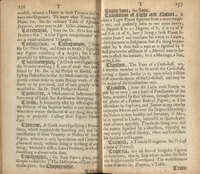