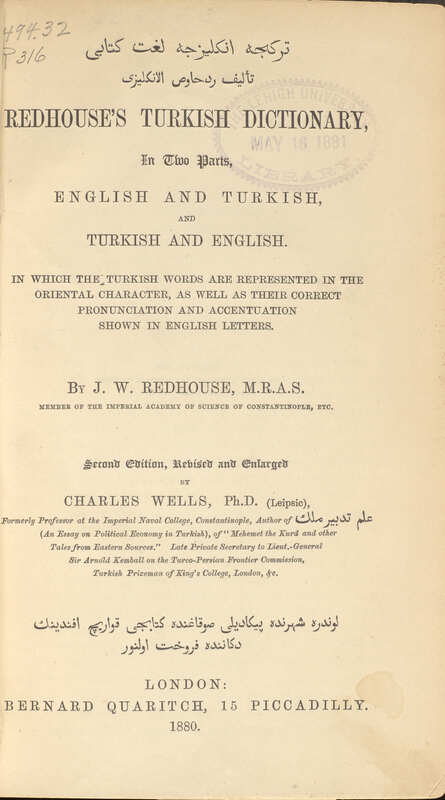 Sir James William Redhouse was born in London and grew up in an orphanage. He received a technical education, which likely prepared him for a naval career. He traveled around the Ottoman Mediterranean, including Izmir and Istanbul, as a cabin boy on board a merchant ship. In Istanbul, he worked as a draftsman in the Ottoman navy and quickly learned Turkish. He was later offered a post in the Turkish government assisting with communications in foreign affairs. Because of his translation skills, he was commissioned to create a Turkish-English dictionary by the American Board of Commissioners for Foreign Missions. He compiled the original and authoritative Ottoman - English dictionary in 1834 and continued improving it over the years. This milestone work has become the basis for many subsequent Turkish - English dictionaries, and many students and scholars continue to keep different versions of the Redhouse, including a pocket version, secondary education and collegiate editions, and massive 2-volume professional versions. All editions are easily identified by their crimson red covers.* On display is the 1880 edition, which still represents Turkish in the Arabic alphabet, predating the Turkish Republic’s shift to a Latin-based alphabet in 1928. Lehigh’s copy was acquired in 1881, shortly after it was published in London.

*Archives and Special Collections Librarian Ilhan Citak owns four different versions of the Redhouse and has been using them on a daily basis for decades.

Sir James William Redhouse (1811-1892).
Redhouse's Turkish Dictionary, in Two Parts, English and Turkish, and Turkish and English. In which the Turkish Words are Represented in the Oriental Character, as well as their Correct Pronunciation and Accentuation Shown in English Letters.
London: Bernard Quaritch, 1880. 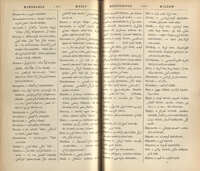