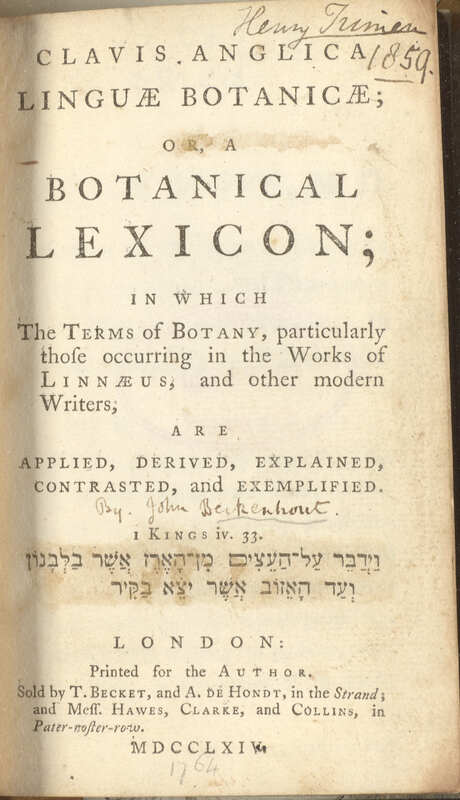 Berkenhout wrote this lexicon while at the University of Edinburgh studying medicine. Prior to studying at Edinburgh, Berkenhout served in the Prussian and English Armies. While he didn’t have any formal education in botany, the author seemingly draws on his study of Greek and Roman classics. First published in 1762, this it shows how quickly Carl Linneaus’ botanical classification system caught on, having been first introduced in his 1735 work Systema Naturae. Berkenhout collaborated with Arthur Lee, a Revolutionary-era American diplomat who was also a student at Edinburgh. 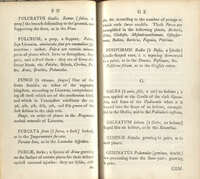