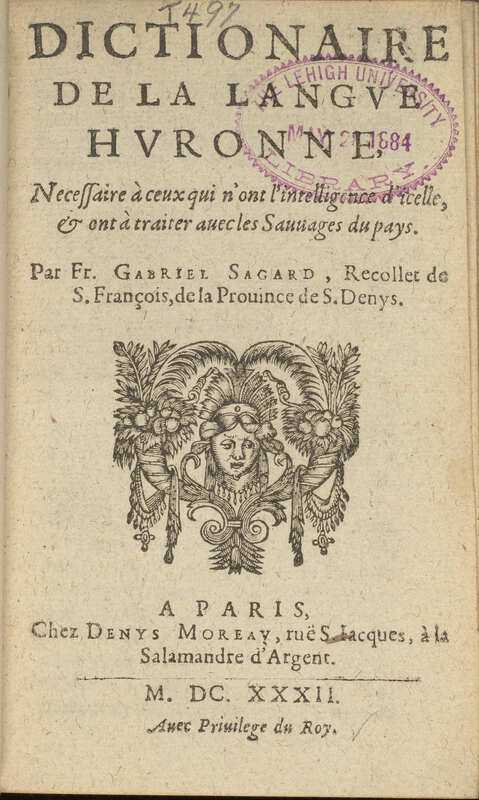 Categorized as a part of the Iroquoian language family, the Huron language is also known as Wyandot and was spoken by indigenous populations around the Georgian Bay of Lake Huron. This dictionary, written in French by a missionary friar, is representative of French colonial activities in North America. In addition to this dictionary, Sagard also wrote and published Le grand voyage au pays des Hurons in 1632 describing his journeys among the Hurons and L'histoire du Canada in 1636, a compilation of his earlier works.