A Pocket Dictionary of the English and Japanese Language 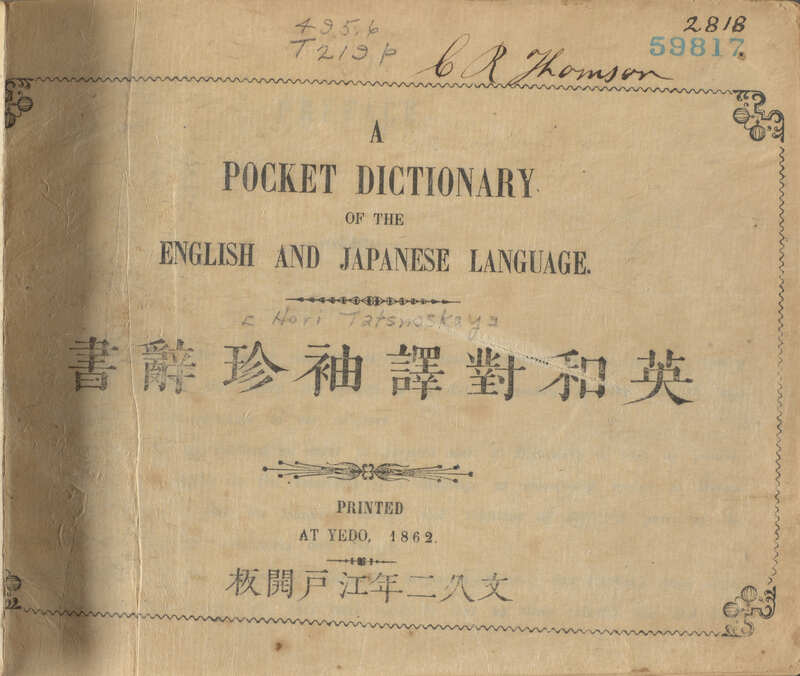 Dutch had been the only western language studied in Japan up until the arrival of the four US Navy ships commanded by commodore Matthew C. Perry in 1853, which became a symbolic milestone in Japanese history for opening to the West. After this official visit, the Japanese government ordered Hori Tatsunosuke, a Dutch interpreter, to create an English-Japanese dictionary that was completed and published in 1862. Of the 200 printed copies, only 18 survive today in Japan, the United States, United Kingdom, and Germany combined. It is believed that these dictionaries were formerly owned by those who had been eminent in their fields. As one of the rarest dictionaries, Lehigh's copy (reproduced in part here) was acquired in 1884 and had been used by the Lehigh community and studied by Japanese scholars. According to one of these scholars, Hori Tatsnoskay, the dictionary’s author, was the first Japanese person to have spoken English to an American officer at the time of Matthew Perry’s official visit.

Hori Tatsnoskay.
A Pocket Dictionary of the English and Japanese Language.
Yedo: [s.n.], 1862. 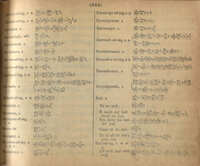