A Dictionary of Modern Slang 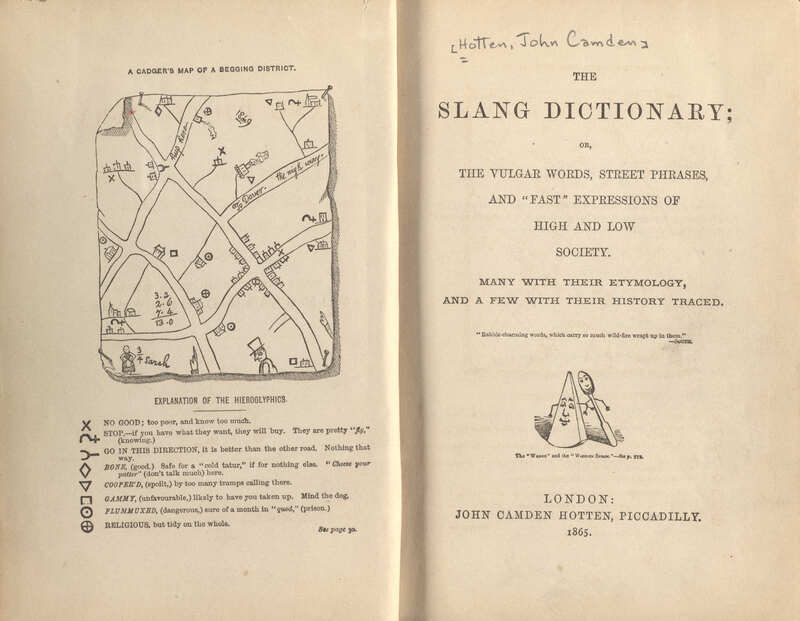 A bookseller, publisher, and writer, Hotten was met with a great deal of controversy over his literary career and is mostly remembered for publishing unauthorized reproductions of significant American works. His use of a loophole in international copyright law led to an acrimonious relationship with Mark Twain, whose work he introduced to Britain. This slang dictionary was Hotten’s first original work and was met with great success, being republished numerous times into the twentieth century. This book influenced Eric Partridge’s more modern slang dictionary, which is also on display in this exhibit. Upon his passing, Hotten’s publishing business was purchased by his clerk, Andrew Chatto, who turned it into the well known Chatto & Windus publication company.

John Camden Hotten (1832-1873).
A Dictionary of Modern Slang, Cant, and Vulgar Words, Used at the Present Day in the Streets of London; the Universities of Oxford and Cambridge; the Houses of Parliament; the Dens of St. Giles; and the Palaces of St. James. London: J. C. Hotten, 1860. 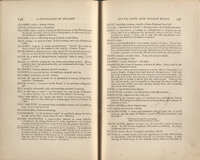 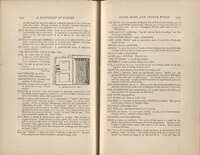