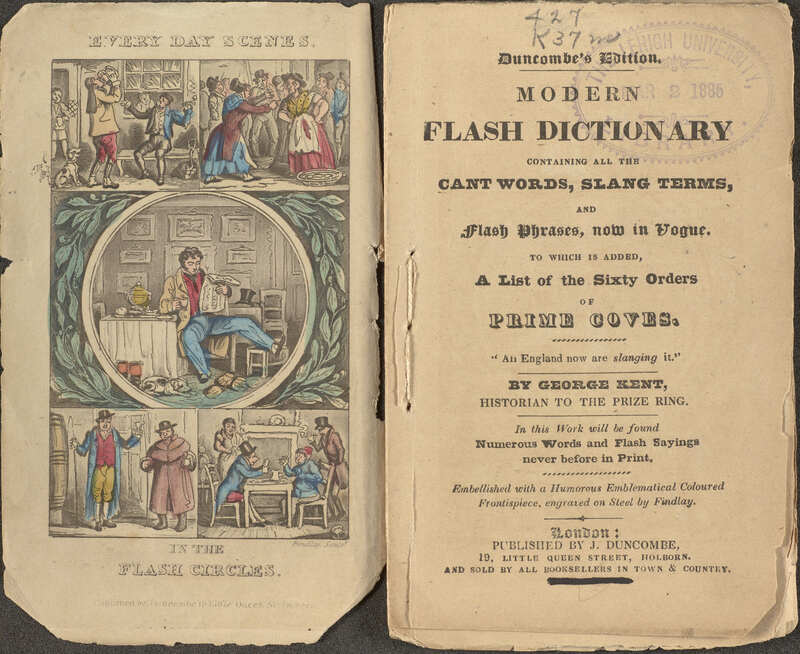 A boxing journalist, George Kent sought to define many of the popular slang terms among the sporting and criminal world with which he was familiar. While this work is not wholly original, “compiled from several earlier sources, including the Flash Dictionary of 1821 and Pierce Egan’s 1823 edition of A Classical Dictionary of the Vulgar Tongue,” it still presents a window into popular language circulating in England during the early 19th century. Many of the slang terms documented in Kent’s work are still recognizable in their modern usage. Kent defines the term flash as, “language used by thieves, gypsies; to sport.” 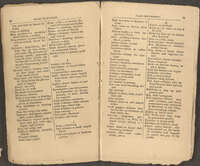