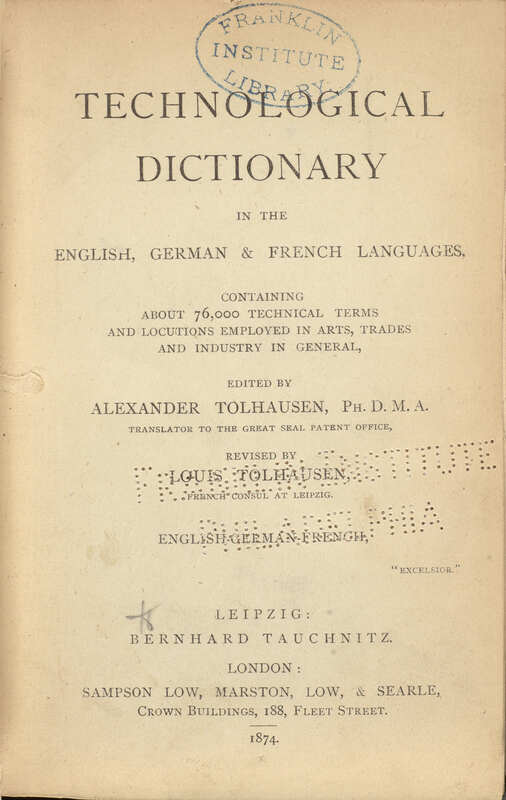 While there is little information available about the authors of this work, they describe their purpose for publishing this dictionary in the preface as facilitating technological communication between “engineers, manufacturers, industrial artists from the continent and America.” The authors acknowledge that the technical vocabulary which they are trying to define is rapidly evolving and that the dictionary will be incomplete due to new terms being introduced. Demonstrating an impressive grasp of English, German, and French, the Tolhausens provide definitions for thousands of terms in each language. This work was also published separately in German and French, copies of which Lehigh Libraries Special Collections also holds.

Alexandre Tolhausen and Louis Tolhausen.
Technological Dictionary in the English, German & French Languages: Containing about 76,000 Technical Terms and Locutions Employed in Arts, Trades and Industry in General. Leipzig: B. Tauchnitz, 1874.