An American Dictionary of the English language 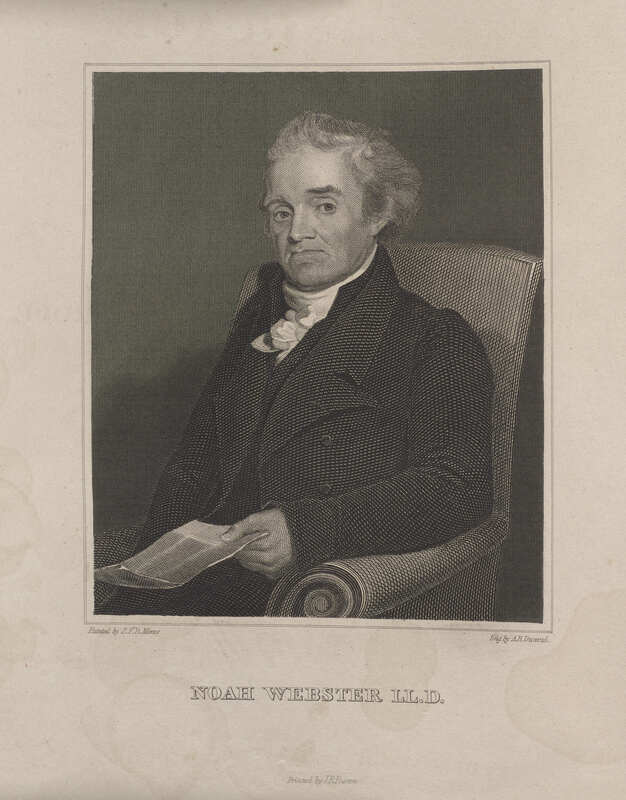 Following publication of his 1806 Compendious Dictionary, Noah Webster immediately began work on a comprehensive dictionary of the English language in order to standardize American vocabulary and spelling. It took over two decades to complete, and of the 70,000 words contained therein, 12,000 had never appeared in print before. His study of foreign languages, including German, Greek, and Russian, among others, informed his understanding of the etymology of words. Webster also popularized and adopted American orthography to have spelling better correspond to pronunciation and added new words to his dictionary. Thought to be too radical by many, the first edition only sold approximately 2,500 copies upon publication. However, Webster’s and Merriam-Webster's remain among the most respected and popular dictionaries of American English in use today.

The Dictionary was "Intended to exhibit: I. The origin, affinities and primary signification of English words, as far as they have been ascertained. II. The genuine orthography and pronunciation of words, according to general usage, or to just principles of analogy. III. Accurate and discriminating definitions, with numerous authorities and illustrations. To which are prefixed, an introductory dissertation of the origin, history and connection of the languages of Western Asia and of Europe and a concise grammar of the English language." 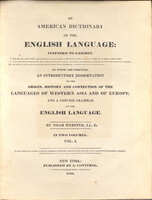 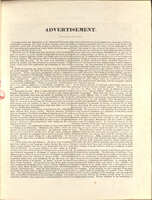 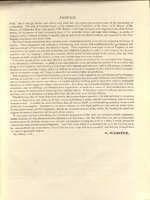 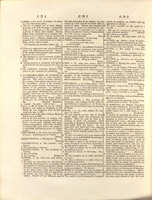