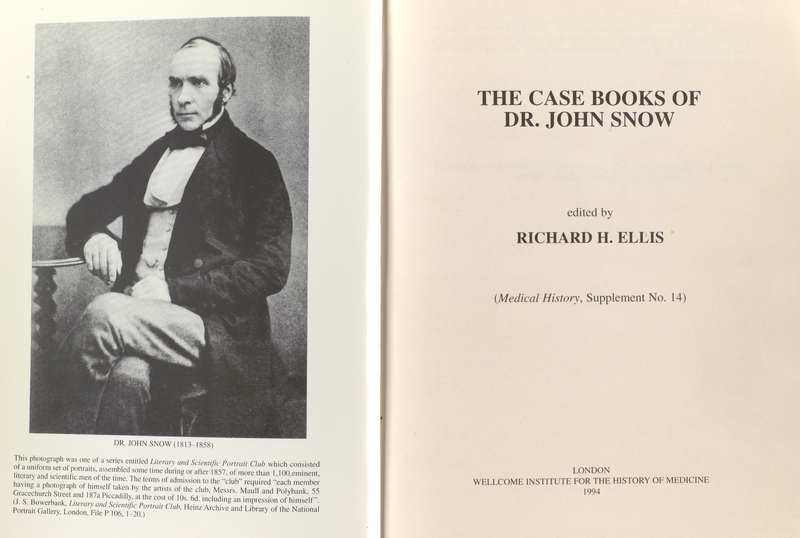 British physician John Snow is hailed as a founder of epidemiology, the study of disease distribution among a population. Snow pioneered this new field of public health by analyzing an 1854 cholera outbreak in London and successfully identifying the source of the disease as tainted water from a single street pump. Snow was able to make this determination by creating a data set correlating mortality rates with street addresses. He then plotted on a mapped the occurrences of cholera around Broad Street, which revealed a single water pump as the cause of the outbreak. On display is a reproduction of this famous cholera map, which features pumps depicted as circles and deaths visualized as stacked bars. While Snow’s discovery helped disprove the miasma theory of diseases spreading through bad air, the water borne bacteria responsible for cholera was not identified until 1885. 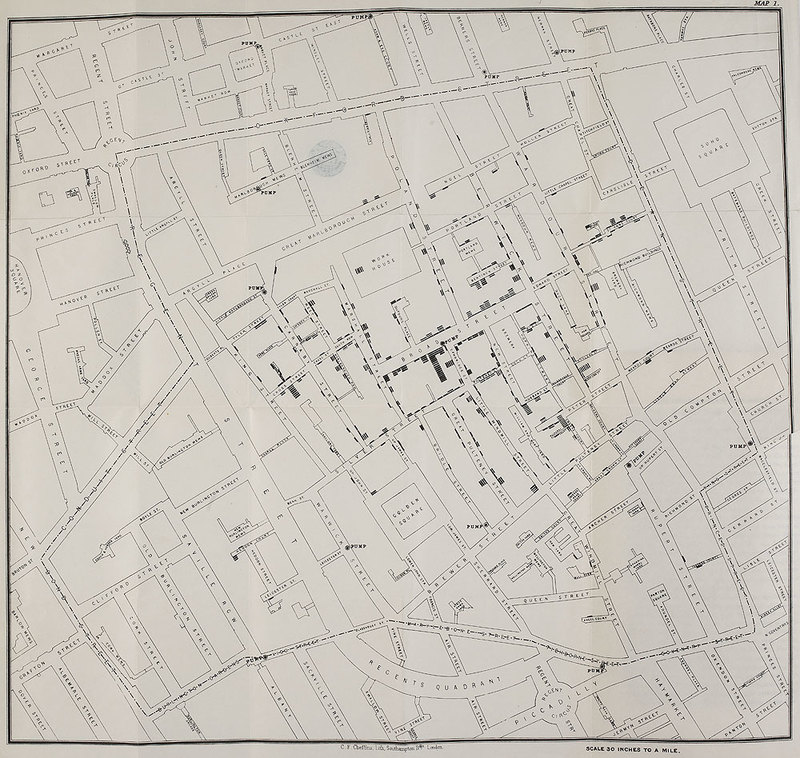 On the Mode of Communication of Cholera

Reproduced from the British Library