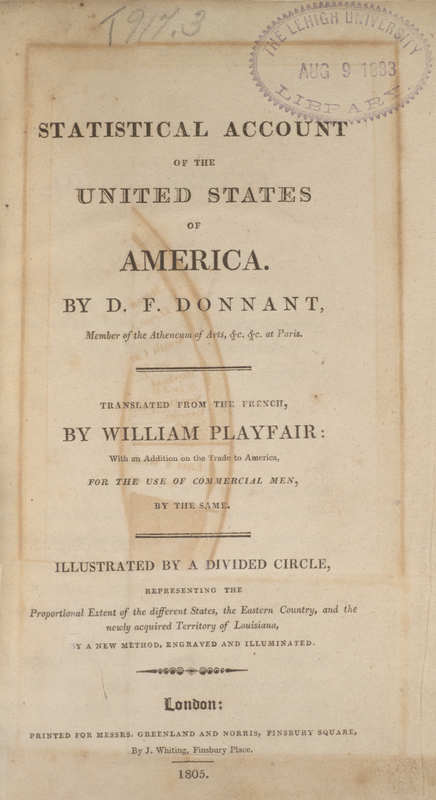 A Scottish engineer and political economist, William Playfair is credited with creating the line graph, bar chart, pie chart, and circle graph. Combined, these graph styles form the basis of statistical graphics and are all still widely used today. Playfair gained early experience in technical drawing and design while working as a draftsman and assistant to James Watt, the inventor of the steam engine. In 1786, Playfair published his Commercial and Political Atlas, which marked the first publication of statistical charts. The types of charts and stylistic choices employed in this work remain little changed today, including: shading, color coding, hatch marks, broken lines for incomplete data, and descriptive labels.

On display is a pie chart created by Playfair to supplement his translation of Donnant’s original French text. The complete chart represents the total area of the United States in square miles and is “intended to shew the Proportions between the divisions in a Striking Manner.” Playfair uses three colors to distinguish between states, territories, and the Spanish controlled provinces of East and West Florida. 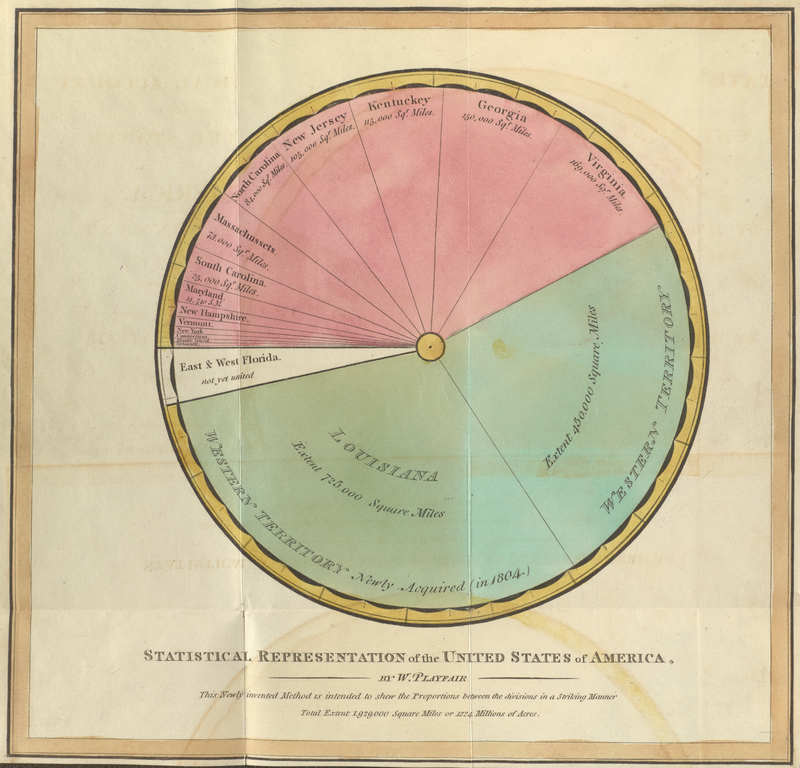