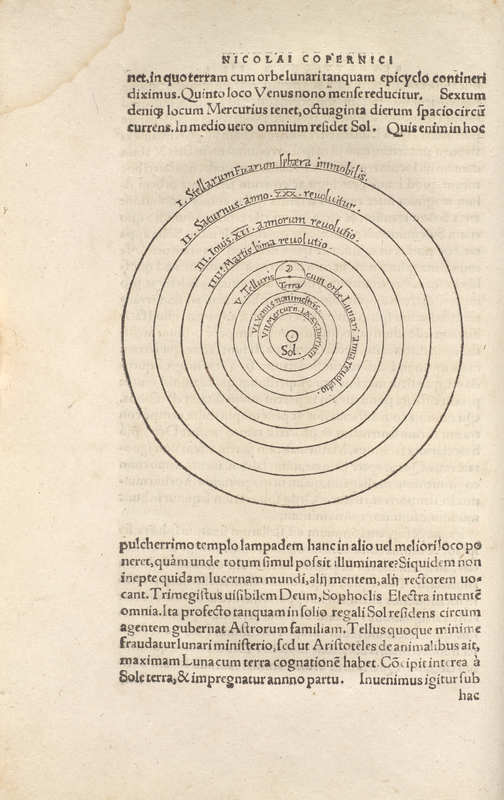 Signifying a major departure from the Ptolemaic geocentric model of the universe, Nicolaus Copernicus’ heliocentric model of the solar system revolutionized the fields of astronomy and theology. Where the Ptolemaic model required complex epicycles, the visual and mathematical simplicity of the Copernican model only required concentric orbits. The astronomical models of Ptolemy and Copernicus both relied on the same source of data, observations of the stars and planets, but resulted in wildly different visualizations of the solar system. While significantly more accurate than the classical Ptolemaic model, Copernicus’ depiction of the solar system is notable for mistakenly using circular planetary orbits rather than their true elliptical orbits, which Johannes Kepler would ultimately prove.

Shown is the second edition.

An earlier edition of this text has been digitized by Lehigh and is available through our digital collection.