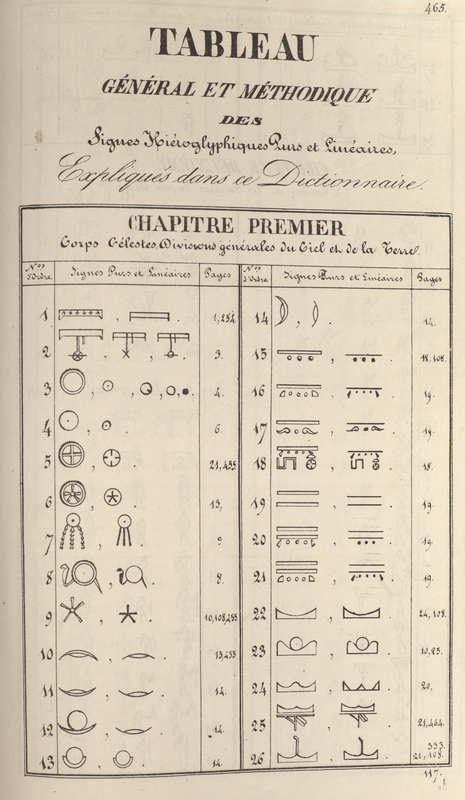 Champollion was familiar with hieroglyphics and well versed in several ancient languages. He is credited with deciphering the Rosetta Stone, a trilingual monument of three ancient languages: Demotic script, ancient Greek and Egyptian hieroglyphs. The stele had been found in 1799 during the Napoleonic Wars, and taken by the British in 1801. Champollion was the first to recognize Egyptian hieroglyphs as both phonetic and ideographic symbols. Although Champollion is recognized as the “founder and father of Egyptology,” he was preceded by William Bankes (1786-1855) and Thomas Young (1773-1829), who also contributed to the translation of hieroglyphs. This edition of the Champollion book is a lithographic reproduction of his manuscript published after his death.