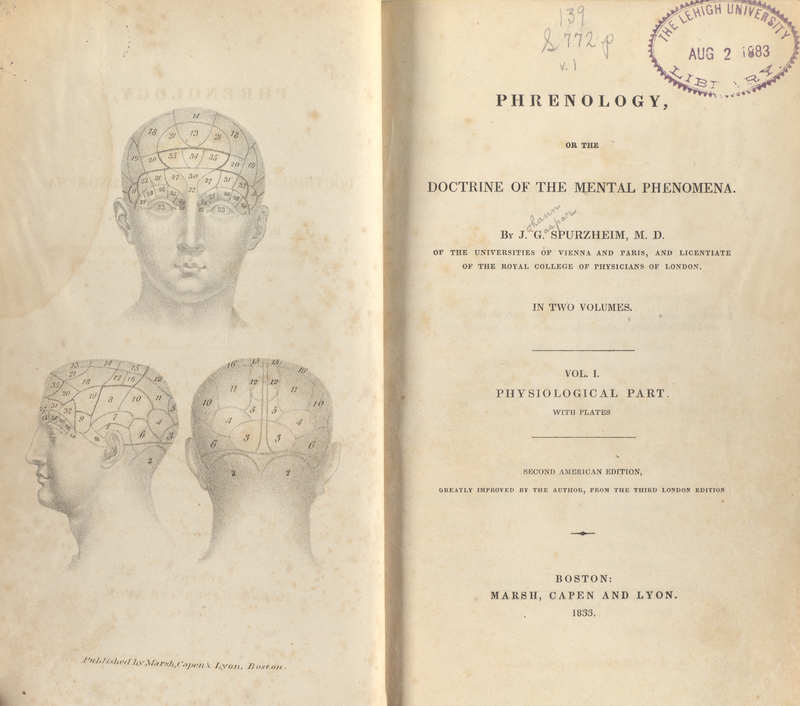 First developed in the 1790s by German physiologist Franz Joseph Gall, the pseudo-scientific theory of phrenology posits that human skulls can be empirically measured for different mental traits based on corresponding parts of the brain. Gall was correct about the localization of brain functions, but not about cranial measurements. The most apparent flaw in Gall’s theory is that skull thickness varies by individual, making consistent measurements and conclusions impossible. A student of Gall’s, Johann Gaspar Spurzheim, built on his work and erroneously assigned 35 “powers and organs of the mind” to distinct areas of the skull, including destructiveness, conscientiousness, mirthfulness, and perception of time. In this work, Spurzheim attempts to demonstrate his theories by visualizing the heads of various famous figures as well as those suffering from different medical conditions. For example, Spurzheim identifies Shakespeare’s skull as exemplifying the organ of ideality, which is related to poetry.