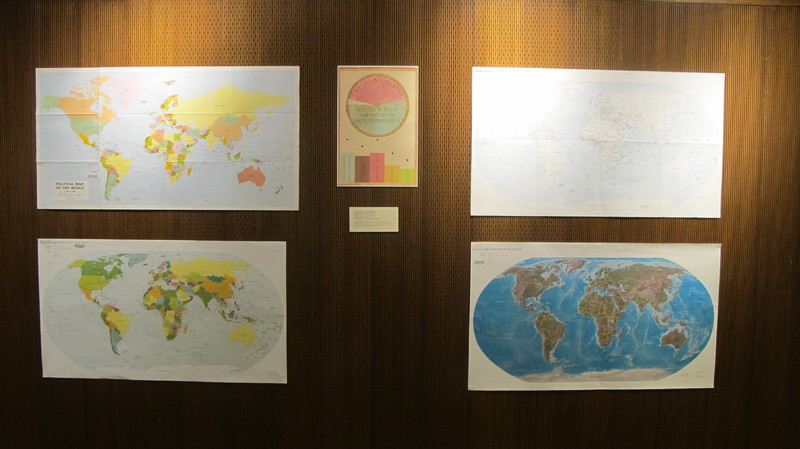 Although the planet Earth has no borders drawn on it, political and physical maps are presented with visual aids including lines and colors to mark natural and political borders. This added information can help with grasping geographic information “at a glance.” 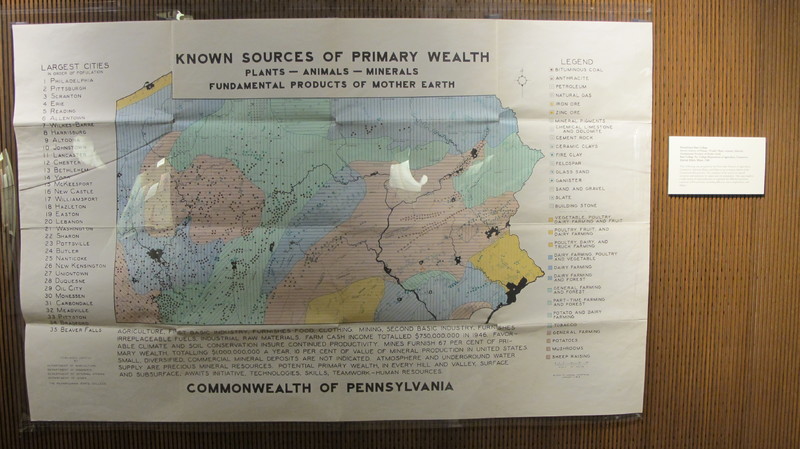 This 1948 map was prepared by the Penn State Schools of Agriculture, Commerce, Internal Affairs, and Mines as an economic sketch of the Commonwealth post-war. The emphasis of the map is on natural resources and industries by region and city population. This map employs a wide variety of visual indicators to represent the different resources common in Pennsylvania, including different colors, angled lines, and shapes.