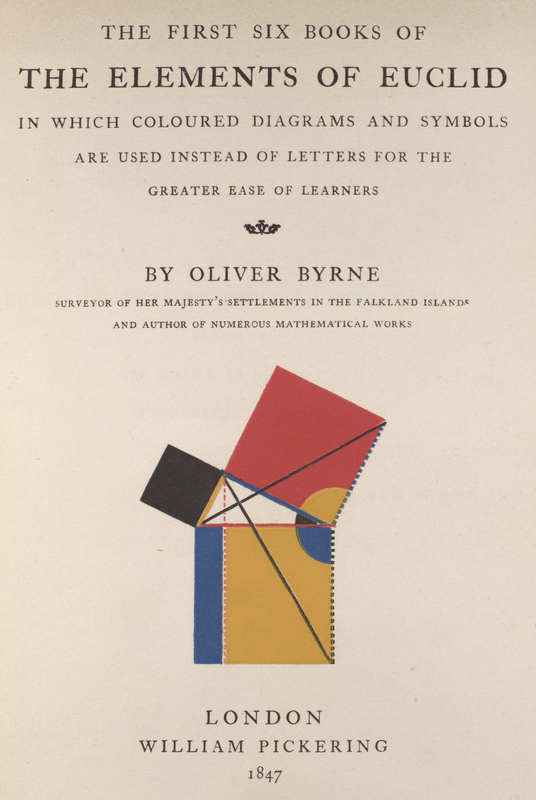 This edition of Euclid’s Elements, designed by mathematician Oliver Byrne, was the first to apply colors in place of letters that for over three centuries had been used to elucidate Euclid’s theorem. As stated in his subtitle, Byrne employed primary source colors and four-color printing to facilitate students’ understanding of Euclid’s first six books relating to plane geometry.

Described by book historian and designer Ruari McLean as "one of the oddest and most beautiful books of the whole century", Byrne’s Euclid captured the attention of educators and artists alike during the Victorian period. It was exhibited at Great Exhibition in the Crystal Palace in 1851 (event detailed in the roll immediately to the left).

Euclid.
The First Six Books of the Elements of Euclid: In which Coloured Diagrams and Symbols are Used Instead of Letters for the Greater Ease of Learners.
London: William Pickering, 1847. 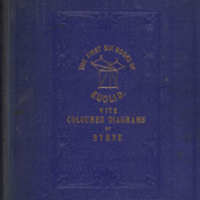 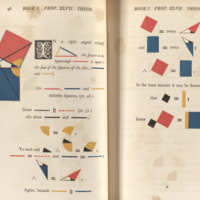 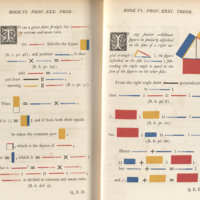