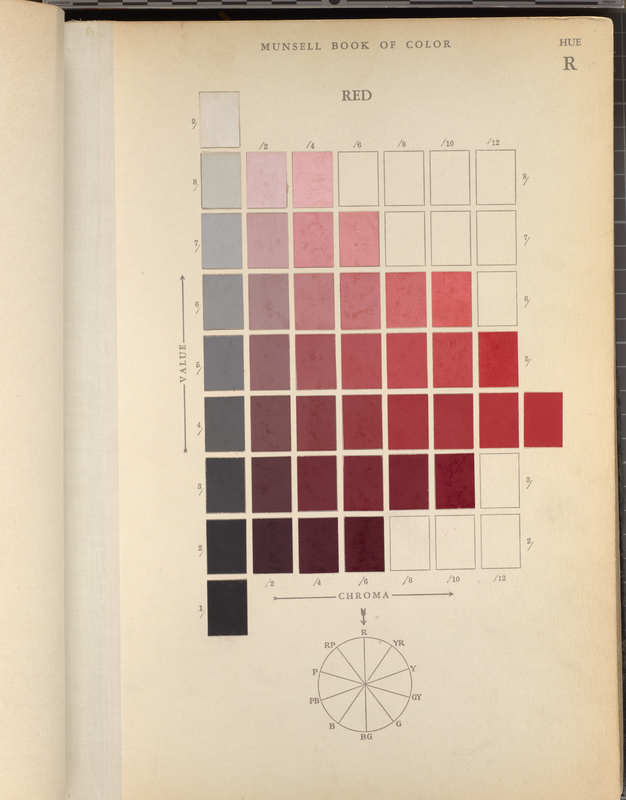 Albert Henry Munsell was an American painter noted for seascapes and portraits and also as a teacher of art and the inventor of the Munsell Color System. His color system was an early attempt at creating a quantitative system for describing colors. This system, a bridge between art and science, has international acceptance and serves as a foundation for many color order systems. In colorimetry, the Munsell color system specifies color based on three color dimensions: Hue (red, yellow, blue, green, blue-green, yellow-red etc.), Value (lightness of color starting at 0 for perfect black up to 10 for perfect white), and Chroma (purity of color; the lower the chroma the more it tends to neutral grey). The color chips in the book are based on Munsell’s ten basic hues and are used by a wide variety of disciplines from science and technology to academia, business and government (the US Department of Agriculture uses the Munsell system as the official color system for soil research). Munsell constructed his color system around a circle, which we now refer to as a color wheel. 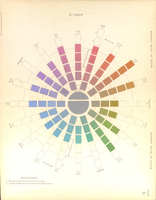