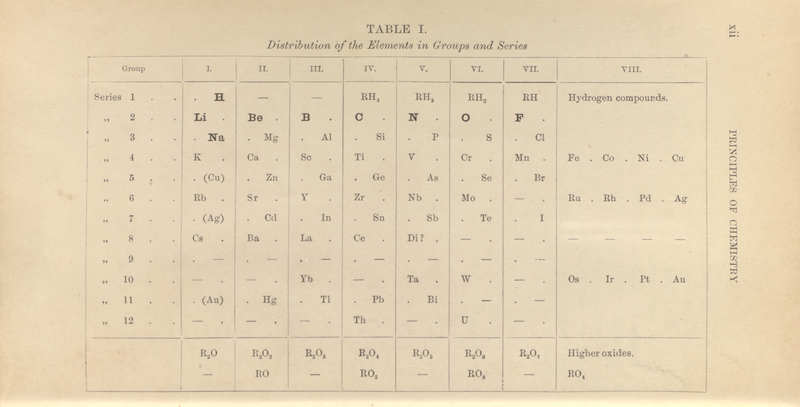 One of the most prominent chemists of the mid-19th century, Dmitry Mendeleyev was the progenitor of the modern periodic table of elements. Upon appointment as chair of the department of chemistry at the University of St. Petersburg in 1867, Mendeleyev set out to write a textbook for his students. He focused part of his effort on the organization of elements and their correlation with their atomic weights. This experimentation with the relationship between elements eventually led to his discovery of periodic law. Mendeleyev first published his tabular organization of the elements in his 1869 textbook The Principles of Chemistry. In 1891, Mendeleyev published the first English translation (displayed here); it was based on the 5th edition of Osnovy khimii. 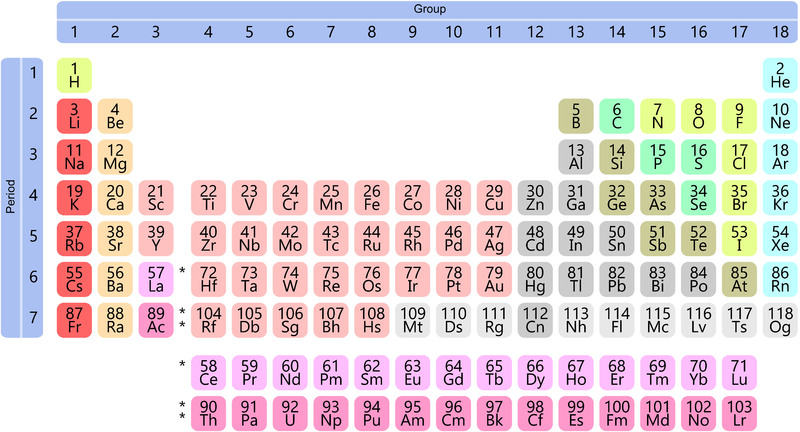