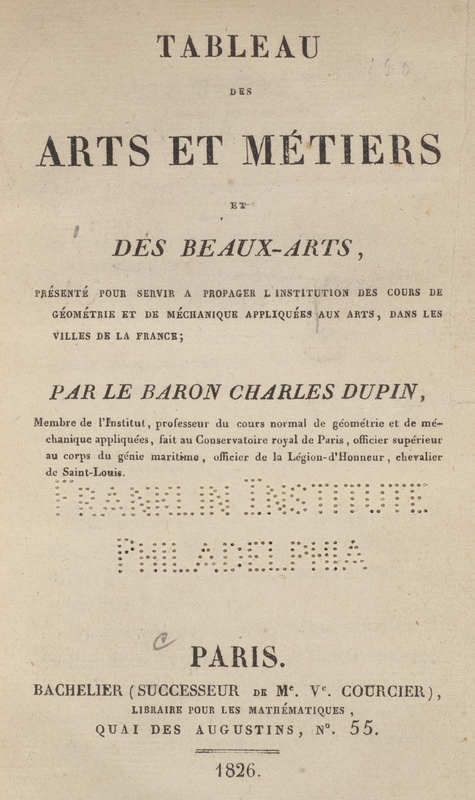 In this work, French mathematician Charles Dupin examines the industrial arts and occupations present in France during the first part of the 19th century. Dupin is credited with creating the first choropleth map in 1826, a reproduction of which is on display. The defining and novel features of Dupin’s map are the use of predefined areas, French administrative departments, and the use of continuous shading to represent a statistical measurement, with darker regions representing higher rates of illiteracy. Dupin’s map, which may be the first example of a modern thematic statistical map, is based on tabular literacy rate data and is useful for comparing social conditions in politically distinct geographic areas. Due to the information being conveyed through shading, these types of maps were originally described as "cartes teintées," or colored maps. The current term, choropleth map, was not introduced until the 1930s and is based on Greek words meaning “area/region” and “multitude.” 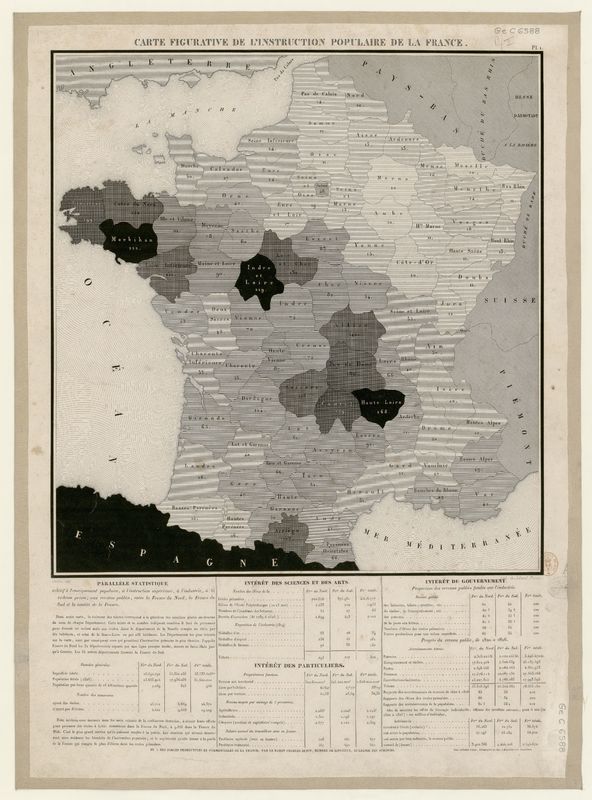