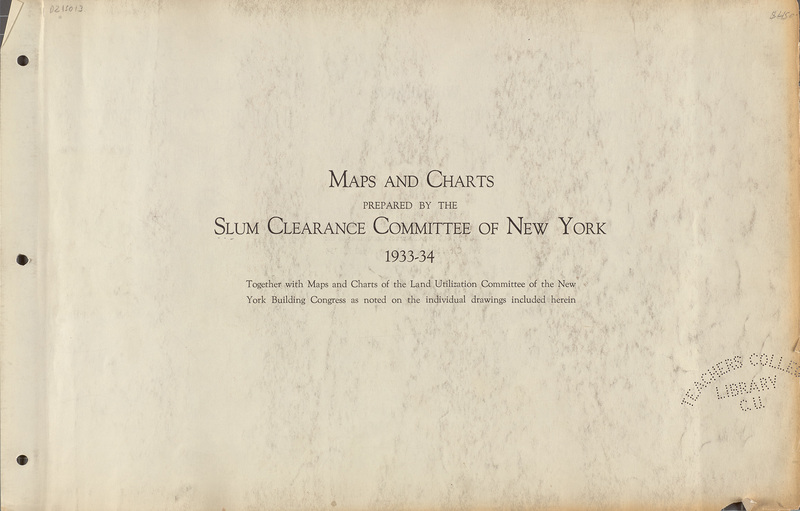 Similar in design to John Snow’s groundbreaking mapping of the cholera epidemic in London in 1854, the Slum Clearance Committee utilized geographic charts to map health and economic data in New York City neighborhoods in the 1930s. The Slum Clearance Committee focused on the boroughs of Manhattan and Brooklyn because prior surveys showed those two boroughs to be most in need of help. This volume has maps on inside front and back covers. Other maps show the flow of population from Manhattan to the other boroughs, reflecting the pattern of growth of New York City. Exhibited are maps showing geographic data about tuberculosis cases in Manhattan in 1929-1931.

A version of this text has been digitized by Lehigh and is available in our digital collection. 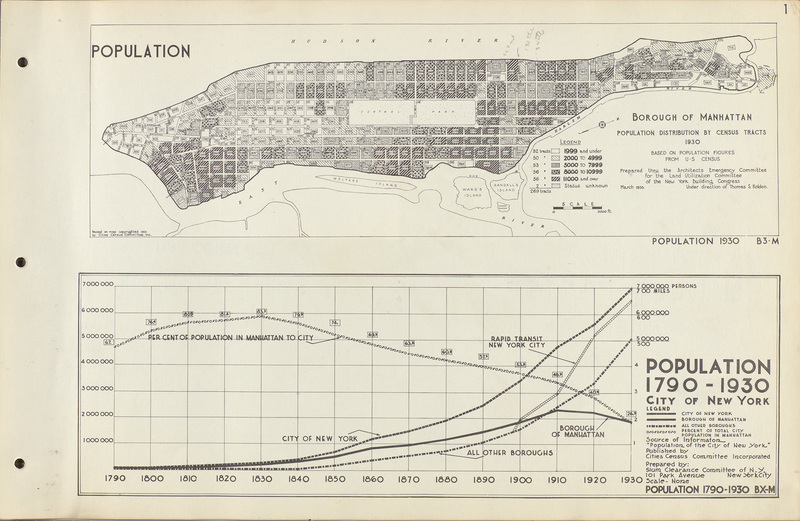 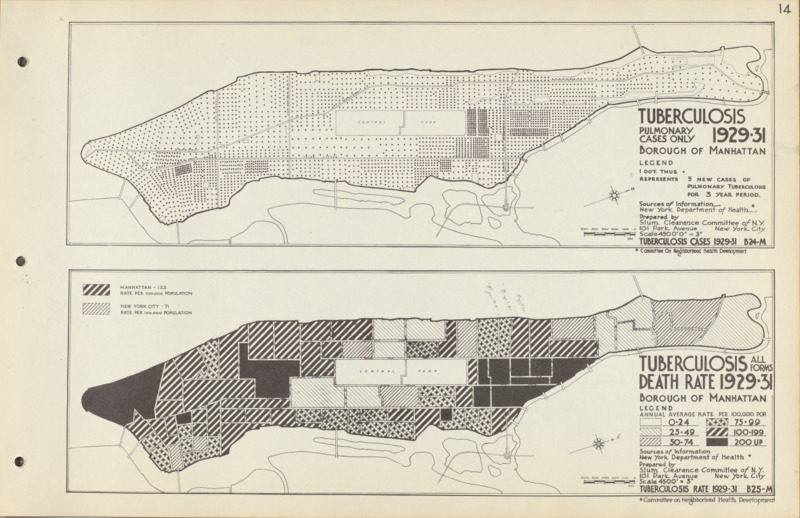