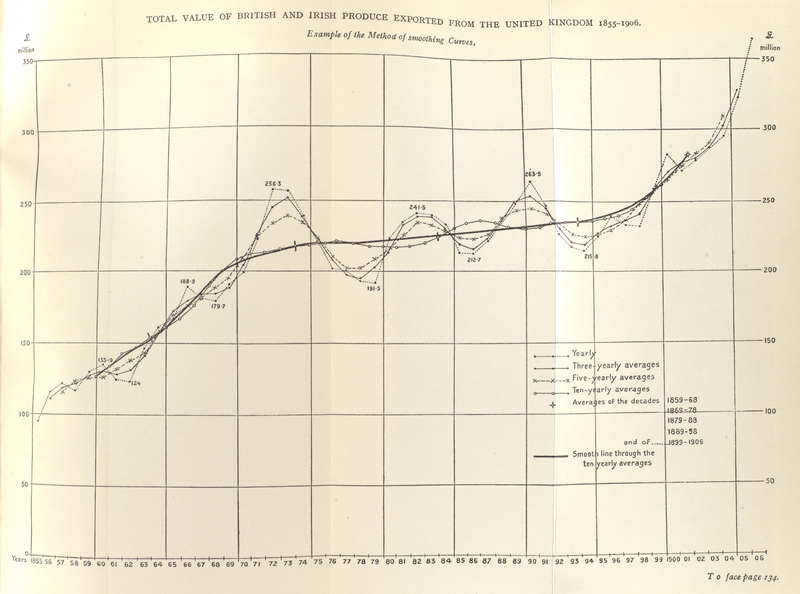 Beginning in the early 20th century, visualization of information became less innovated and more integrated with traditional curricula. Bowley’s Elements of Statistics, first published in 1901, features two chapters dedicated to graphs and diagrams. The graph shown here visualizes the total value of exports from Britain and Ireland over the years 1855-1906, with separate lines for averages over three, five, and ten year periods. Bowley’s addition of a freehand smooth curve drawn through the ten year average helps demonstrate the regularity of a ten year cycle in the export of goods. Where recognizing this trend might be difficult in a table of numbers, it is easier to identify when plotted on a graph.