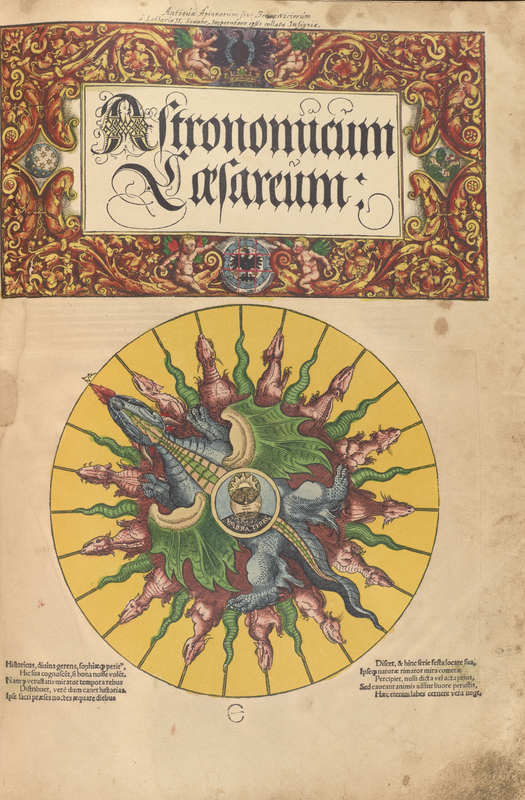 On display is a facsimile edition of Peter Apian’s 1540 Astronomicum Caesareum. This work is notable for its use of movable paper disks called volvelles, which are capable of calculating the position of the planets relative to Earth. Apian’s calculating devices are based on Claudius Ptolemy’s geocentric model of the universe, established in the 2nd century and the accepted astronomical system for over 1,300 years. To account for retrograde motion, or the apparent movement of planets in the opposite direction, a system of epicycles, or secondary orbits, was incorporated into the Ptolemaic model. These epicycles are replicated by Apian by using two disks for each volvelle. While the Ptolemaic model of the universe has now been proven incorrect, it was based on easily observable phenomena and was capable of making accurate astronomical predictions.