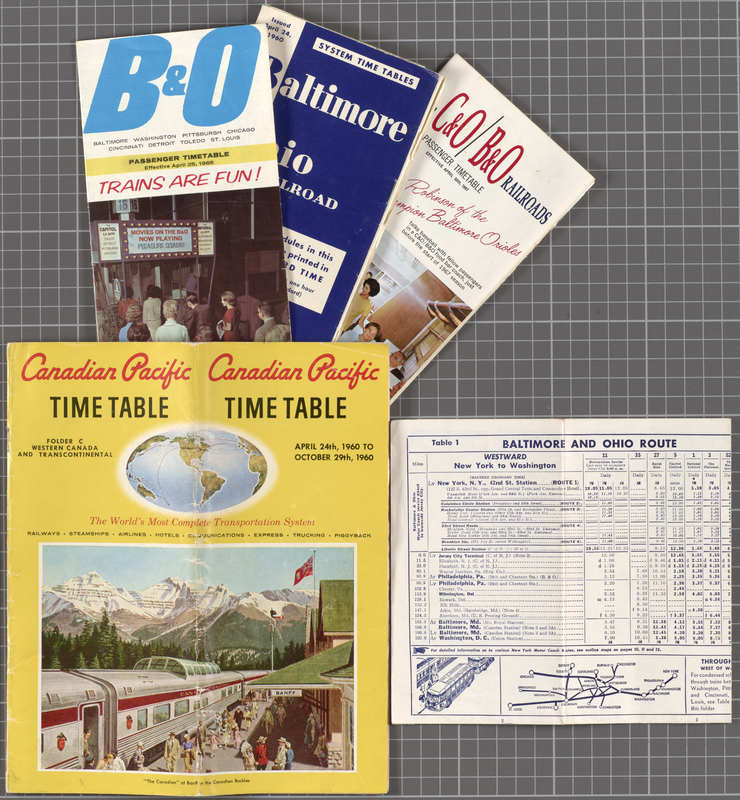 Railroad Timetables are souvenirs of published accurate timekeeping. A railroad timetable might be compared to DNA, a schedule of essential instructions, part command center, and part record book. Timetables have not made the same impression on observers as the grand railroad stations or the trains themselves which are magnificent monuments. Rapid railroad expansion followed the Civil War, epitomized by the completion of a single track transcontinental railroad in 1869, and the merging of various small railroads into integrated networks necessitated accurate timekeeping. In 1883, the American and Canadian railroads jointly established four standardized continental time zones which eliminated the need to adhere to local time, which varied from one town to another based on when the sun was highest at noon.  Standardized time allowed for more efficient scheduling as the rail network expanded. The Baltimore & Ohio Railroad printed the first timetable in 1830.