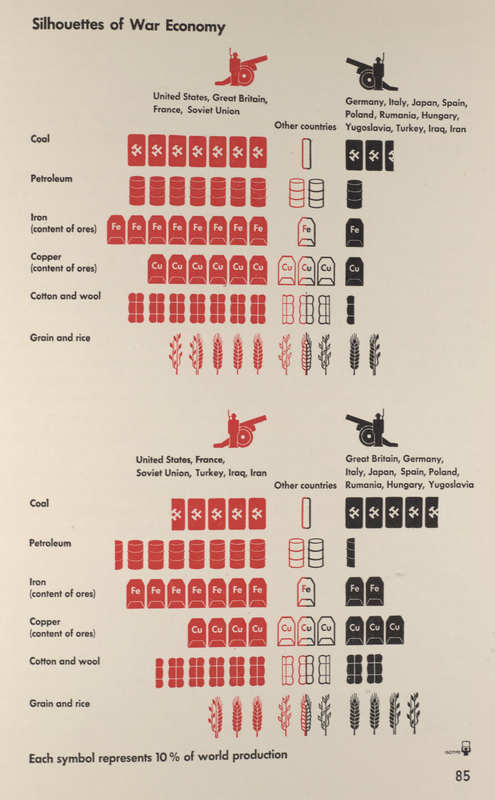 Neurath was a prominent Austrian philosopher and the founder of the “Museum of Society and Economy” in Vienna, where he was born and studied mathematics. He earned graduate degrees in Political Science and Statistics in Berlin and later taught and worked in Germany, Austria, and the Netherlands. A political activist who addressed social issues, Neurath died in exile in England after fleeing Austria in 1934.

The present work details advances in man’s progress and world civilization as a whole during the 20th century through the use of Isotype, an acronym for International System of Typographic Picture Education. Originally known as the “Vienna Method of Pictorial Statistics,” Neurath first developed the concept of Isotype as an attempt to create an international picture language that was capable of displaying quantitative information via easily understood icons. Neurath theorized that Isotype could help people visualize data by assigning numerical values to simple and understandable symbols and then repeating these symbols to represent statistical concepts.