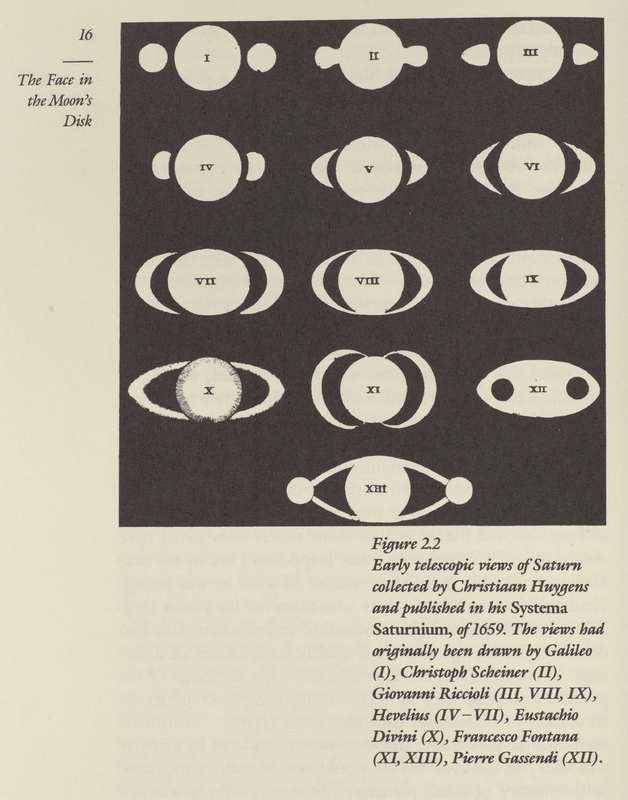 While Galileo was likely the first person to directly observe Saturn’s rings through a telescope, he did not accurately describe their structure. Christiaan Huygens, who is also represented in this exhibit for his work with life expectancy calculations, correctly described Saturn’s rings after observing them through a more powerful telescope in 1655. Pictured on page 16 are telescopic views of Saturn created by various astronomers, depicting the planet as strangely shaped or divided into parts. Page 17 shows how Saturn would appear through telescopic observation at various points in its orbit. Like the competing models of the universe, scientists were able to create numerous distinct visualizations based on a singular data source, the physical planet of Saturn.