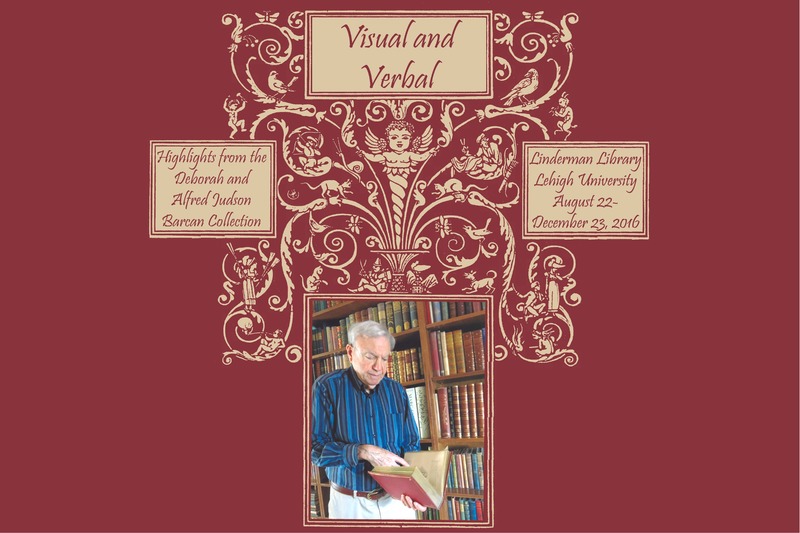 It was in the early 1970s, when Deborah Barcan first purchased a fine copy of a later reprint of Mark Twain’s A Tramp Abroad as a gift for her husband, Alfred. That event started a labor of love for the two who began scouring antiquarian bookstores worldwide in search of rare and unusual books mostly from the Victorian era.

The Barcans’ passion for collecting rare, pristine volumes will greatly benefit scholars who will soon be able to access more than 1,000 books that they have donated to Lehigh University. Obtaining them throughout the United States, Canada, Great Britain, and Australia, this gift includes first editions of some of the works of Jules Verne, Mark Twain, Wilkie Collins, Henry Wadsworth Longfellow, A.A. Milne, and others.

“This search would expend shoe leather as many stores did not stock suitable books,” said Alfred, whose collection was heavily influenced by the golden age of British book illustration and includes historical travel guides, children’s literature, the history of technology, and town directories. A first edition travel guide of Route 66 and town directories from the 19th century are included in the collection, now housed in Special Collections. Alfred shared that many of the books were illustrated by wood engravings, before the advent of the halftone process which is used to print photographs in books.

In selecting a rare book for acquisition, the Barcans’ high standards included examining the condition of the binding, stamping, cover edges, front and rear hinges, pages, and the cleanliness of the book.

Alfred, who credits his engineering education at Lehigh for providing him with the ability to problem solve the many challenging tasks that he has had during his career as a financial manager, hopes this collection will aid future students and scholars in research.

“If they are out-of-print rare books, the text would be important to scholars. Also, people who study typography would see many examples in this collection. There are incredible illustrated volumes from the golden age of British book illustration. Their illustrations are far removed from modern or abstract art with beautiful and literal representations of people, places, and things,” said Alfred. “These books also have fantastic Victorian decorative bindings which will never be produced again.”

Rare Book Sampling →
About the Exhibit