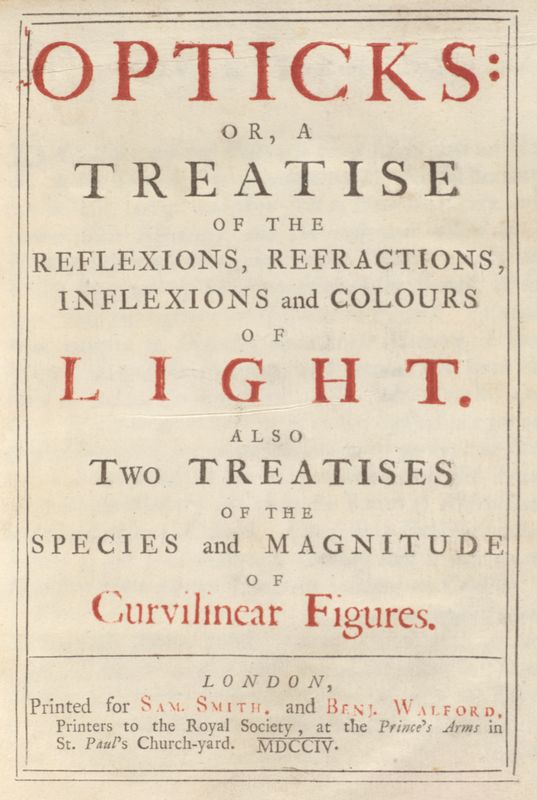 Not only did Newton profoundly influence the future course of physics, he also contributed to the field of chemistry. Newton’s 31st Query in Opticks posits that the combination of chemicals was a result of attraction between fundamental particles in the reactant substances. This concept is the source of the term “chemical attraction,” which was in common usage in the 18th century. This work also details Newton’s work with telescopes. 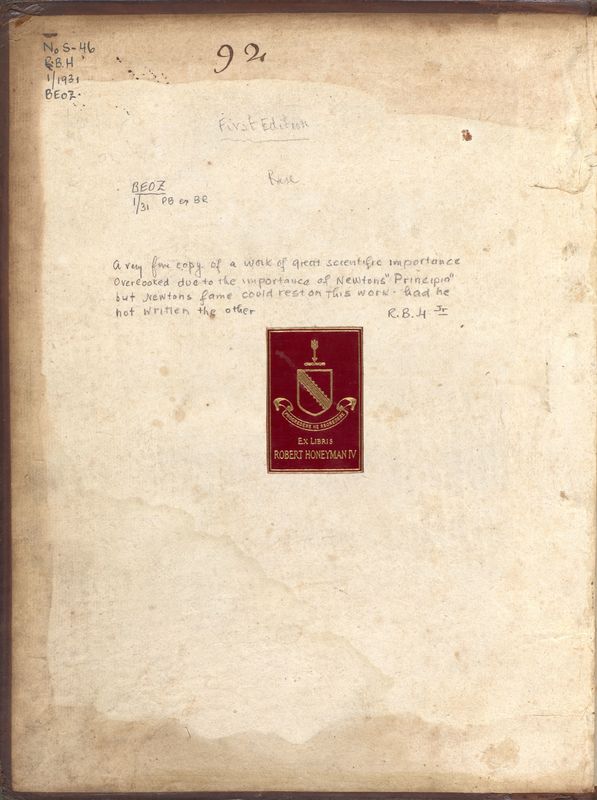