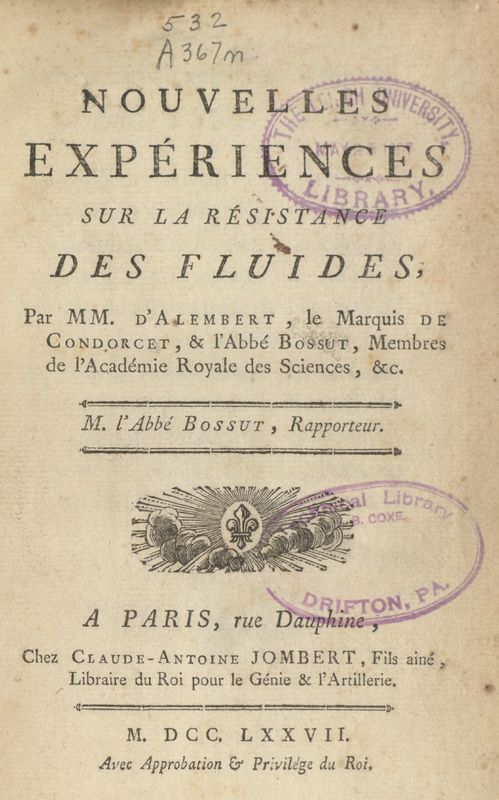 Prior to editing and writing for the Encyclopédie, d’Alembert was widely recognized for his contributions to science and mathematics. In this work, d’Alembert applies Newtonian mechanics to fluids. His work concerning the resistance of fluids remains relevant, lending his name to a mathematical paradox relating to the fluid effects of drag. D’Alembert’s paradox is still taught in relation to modern fluid dynamics. His name is also associated with other mathematical concepts including an operator, equation, principle, formula, and system. 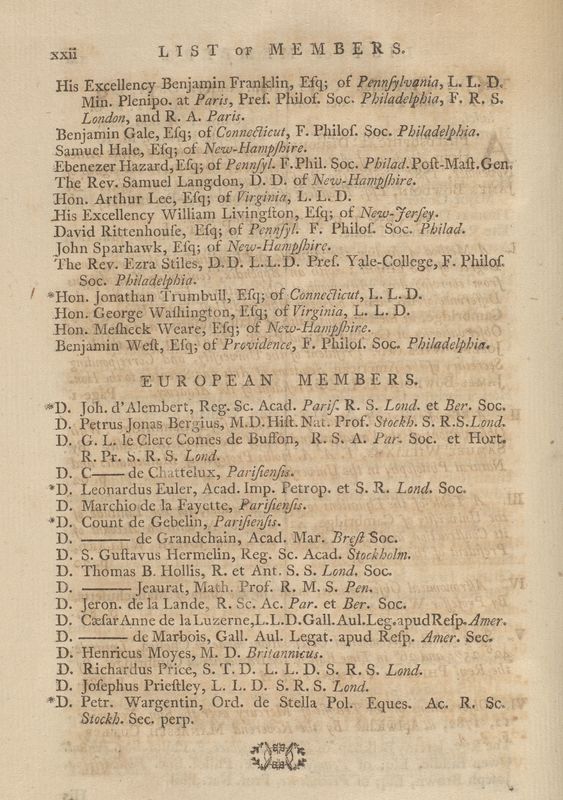 Memoirs of the American Academy of Arts and Sciences.