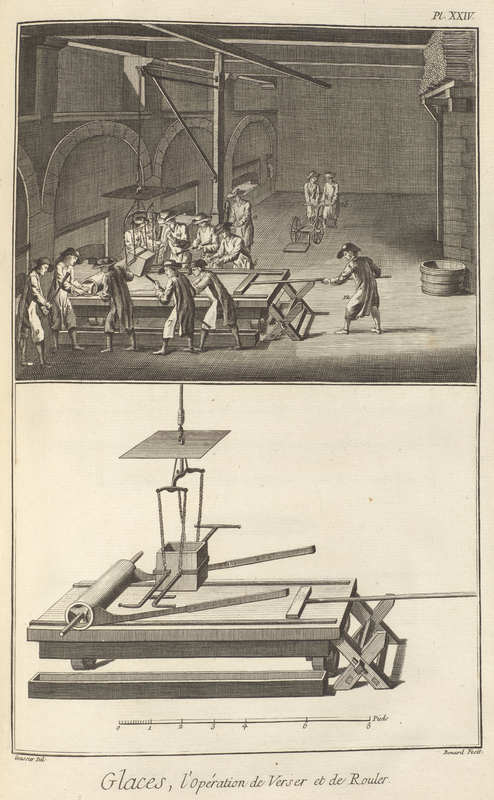 Unlike the blown glass also on display, the glass for some mirrors was created through a casting process. The pouring of molten glass into plates, a significant innovation glass production, was invented in France and dates to the 17th century. This process was based on the concept that glass could be manufactured like metal and resulted in larger and more consistent plate glass than was achievable through blowing. The production of plate glass in France was wholly controlled by the Royal Plate Glass Company, which was established in 1665 under King Louis XIV.

This illustration shows the pouring of molten glass into a plate mold. A large copper roller is pushed by two workers to flatten the glass into the shape of the mold. Once the glass has cooled and hardened, the cast frame is removed and the plate is inserted into the oven where it slowly cools for ten days.