Town Hall of Rouen: Elevation of the side of Place Royale (Architecture Pt. 4 Plate Plate XXII)

In the 18th century this was considered a “modern” building. This Classical style of architecture replaced the Gothic and Renaissance styles that had been popular in the preceding centuries. The structure on display was designed in 1749 by Le Carpentier who explained his vision of a city hall as a hub of civic activity. In addition to serving as a seat of government, the city hall also included a concert hall, theater, meeting rooms for an academy of arts and science, and a public garden behind the building where participants could engage in “enlightened” discourse. Locally, an example of this idea is represented by Bethlehem’s Civic Center. 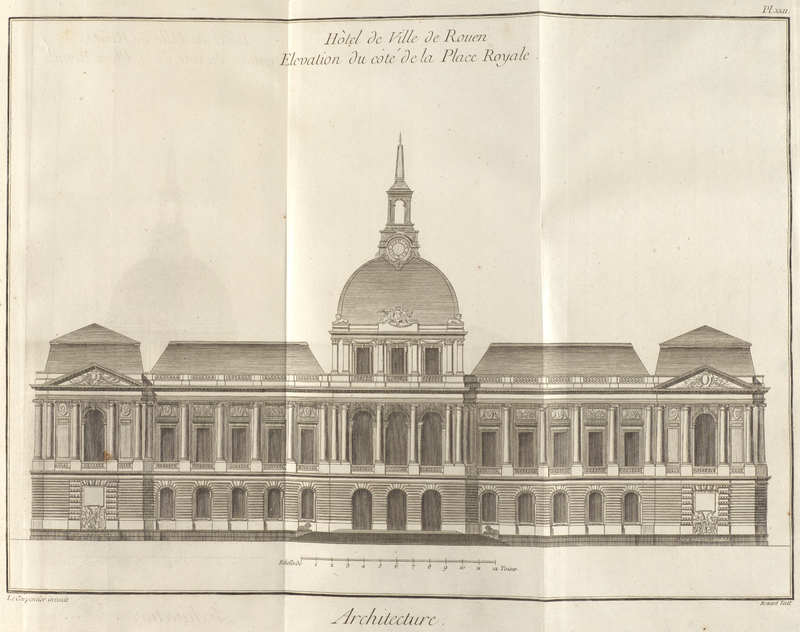