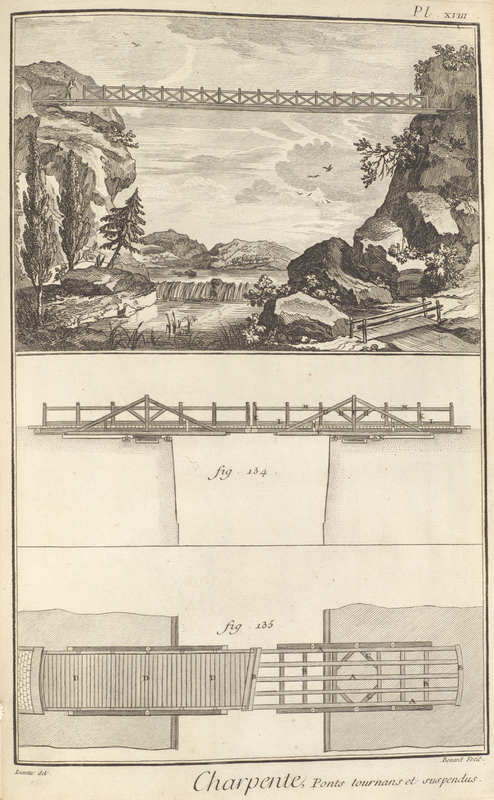 The simple suspension bridge is the oldest known type of bridge. The bridge in the illustration is supported entirely from anchors at either end, having no towers or piers. Its deck is not stiffened and follows a shallow downward catenary arc suspended from two high locations over a gorge. These structures are not suitable for use with modern roads and railroads due to practical limitations in grade, response to dynamic loads restricting its load, and bearing capacity relative to span. With the development of iron wire rope and chain cable in the 19th century, load-bearing bridges suspended from towers or piers became a practical and economical design for spanning large distances. This type of cable-stayed bridge was widely used in the rapid rebuilding of highway infrastructure during the post-World War II era.

A swing bridge is movable, with a vertical locating pin and support ring acting as its primary structural support. This support is usually located at or near center of gravity and enables the turning span to pivot about 90°. In the closed position, the swing bridge can carry a road over a canal or river. This type movable bridge requires no counterweight and is relatively lightweight. With alterations, this type of bridge is still in use today, examples of which are nearby in New York City with the Harlem River bridges.