This collection assembles a wide sampling of Diderot’s works covering an array of different subjects. Included in the fifteen volume set is Diderot’s initial Prospectus de l'encyclopédie, in which he announces the plan to create and publish an encyclopedia in ten volumes that would go beyond a simple translation of Chambers’ Cyclopedia. This prospectus was published in 1750 to sell subscriptions and thus raise capital. This collection also contains the first and second Lettre au R. P. Berthier, jésuite, which are responses to criticisms of the Encyclopédie published in the Journal de Trévoux. As shown in the course catalog also on display, the works of Diderot were taught at Lehigh as part of the French language curriculum. 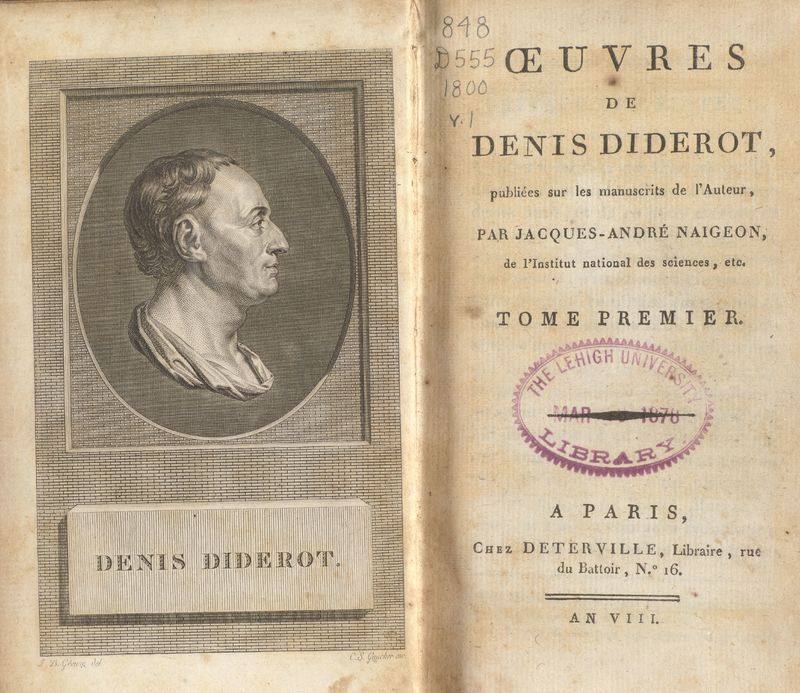