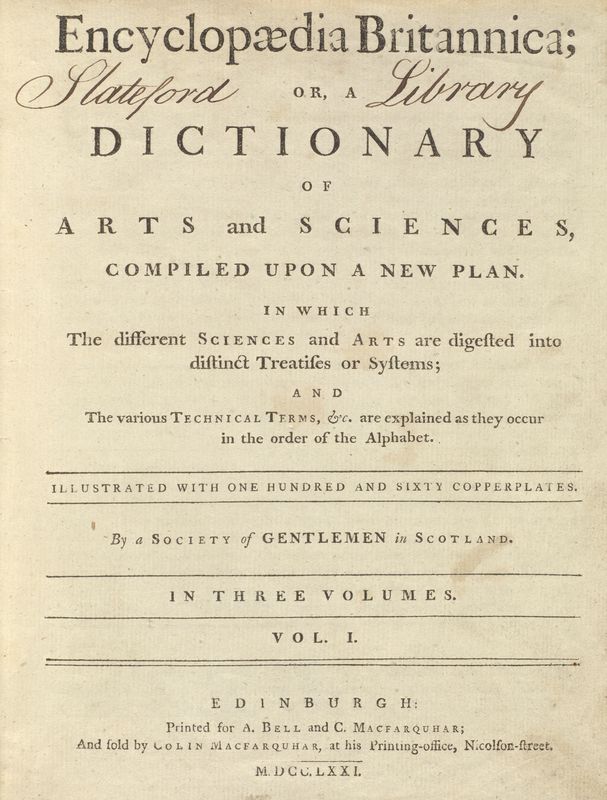 First published in 1771, the Encyclopaedia Britannica is perhaps the most well known English language encyclopedia. Unlike the Encyclopédie, Britannica continued to release new editions containing updated and expanded subjects and information. The Britannica was unique for its time due to its presentation of each scientific topic with an individual, lengthy treatise instead of the shorter definition entries that had been popular earlier in the 18th century. Unlike the Encyclopédie with its eleven separate plate volumes, the Britannica features images directly beside the entries they illustrate. While publication of the printed edition ended in 2010, the digital version of the Encyclopaedia Britannica is still being produced. On display is the entry “Chemistry,” including the Table of the Comparative Affinities and its explanation. A similar table from the French Encyclopédie is also on display. Interestingly, sections of the Britannica appear to be copied from the Encyclopédie without citation, including parts of the entry “Electricity.”

A Society of Gentlemen in Scotland.

Encyclopaedia Britannica; or, A dictionary of arts and sciences, compiled upon a new plan in which the different sciences and arts are digested into distinct treatises or systems; and the various technical terms, etc., are explained as they occur in the order of the alphabet. 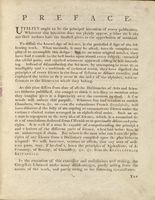 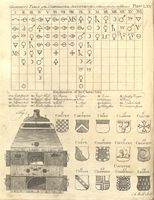