Bacon's Of the Advancement and Proficience of Learning 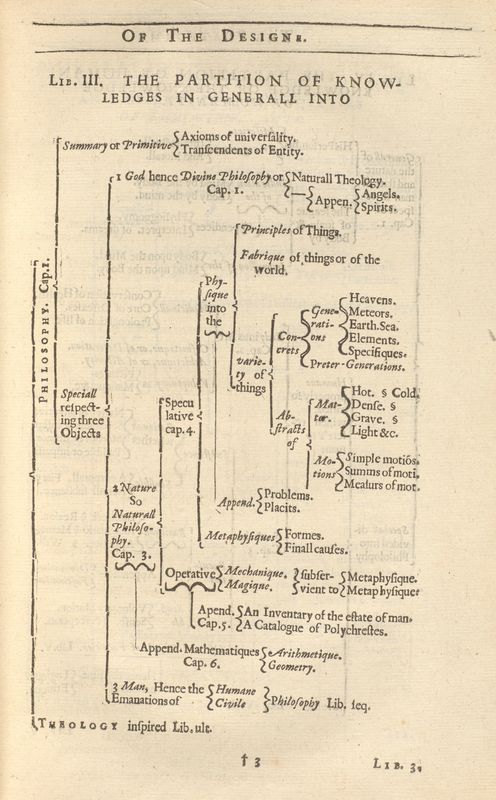 On display is the second edition of Francis Bacon's Advance of Learning, which is opened to his organizational scheme of human knowledge. In the Discourse, d’Alembert extols the work of Bacon, who is regarded as the father of empiricism. According to one modern historian, “the ‘English philosophy’ of Bacon, Newton, and Locke had become the rage among the philosophes.” But while d'Alembert was impressed with many aspects of Bacon's thought, he was also influenced by the rationalist philosophy of Rene Descartes, which was concerned with identifying connections between subjects of knowledge rather than the strict collection of information. Juxtaposing Bacon’s work with that of the French Encyclopedists helps underscore two major philosophical currents of the Enlightenment, empiricism and rationalism.

Francis Bacon (1561-1626)
Of the Advancement and Proficience of Learning, or the Partitions of Sciences, IX Books.
Oxford: Leon: Lichfield, Printer to the University, for Rob: Young, & Ed: Forrest, 1640.