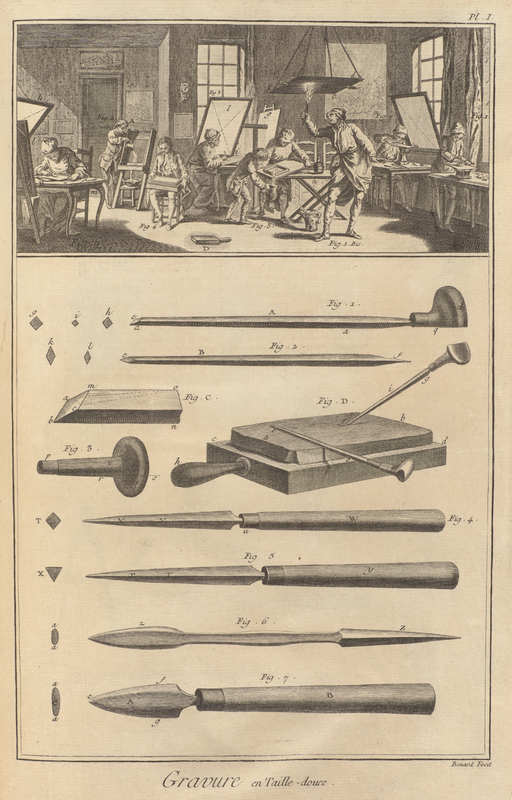 The large-scale production of printed images required the creation of engraved metal plates. During the Enlightenment copper was chosen for these plates due to its softness and malleability, which allowed it to be hammered into thin sheets of uniform thickness. The term “plate,” which is used to describe all of the printed images in this exhibit, derives from this printing process. This image depicts the copper plate at various stages of creation, including: warming, varnishing, tracing, acid etching or engraving, and flattening. The actual transfer of an image into the copper plate could be done in two ways, scraping away varnish to expose the copper for acid etching or directly engraving the copper using hard and sharp steel tools, which are shown on the lower half of the page.