Casting of Printing Type, preceded by Punchcutting (Plate I) 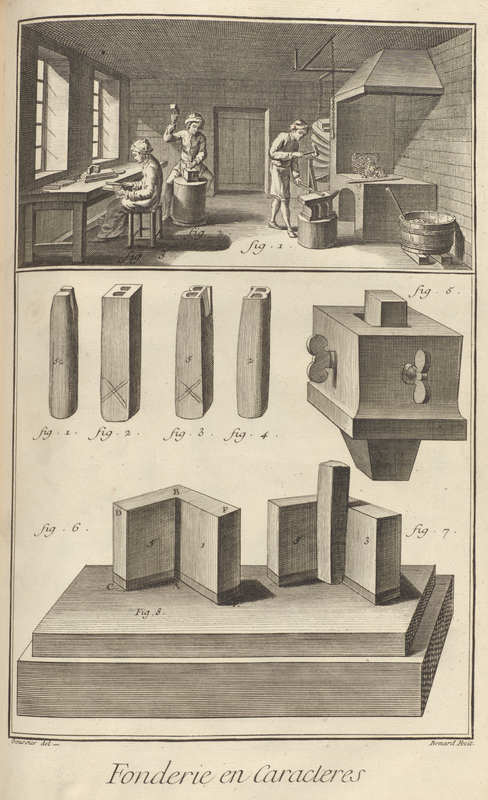 The upper section of this plate depicts three craftsmen forging the punches used in the creation of metal type casts. This plate visualizes the process of punchcutting, or creating a three dimensional figure that could then be used to make a mold in which to cast metal type. The first workman is forging a punch, the second is striking a counter-punch into a steel punch, and the third is filling the outline of a letter. The lower section of the page shows a counter-punch and punch for the letter B. The text entry on printing type attributes Claude Garamond as the best engraver of punches, a claim that has stood the test of time as Garamond remains a popular font.