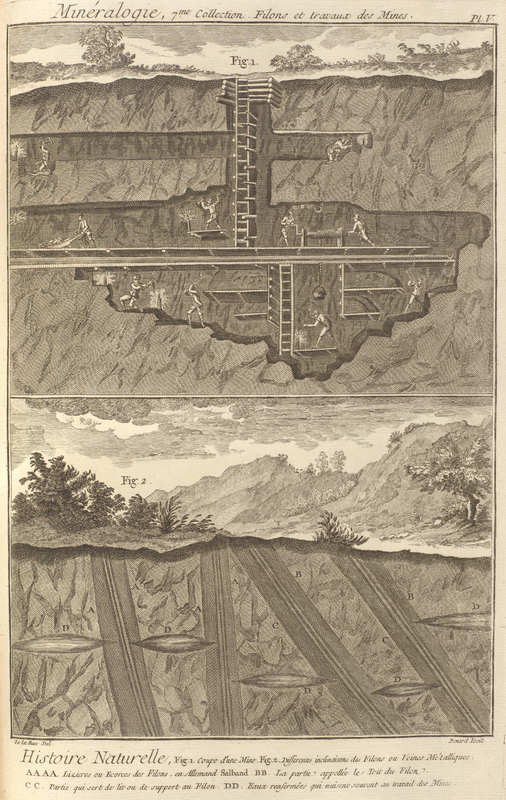 One of the original areas of study at Lehigh University, mining was a major subject of interest to Diderot. The planning and design of mines was referred to as “subterranean geometry,” which distinguished the practice from more prevalent superstitious beliefs concerning the locating of resources. The Encyclopédie explicitly mentions Germany as being the center of science and technology in relation to mining. Indeed, this illustration does not represent a French mine but rather a German one. This plate accurately depicts mining conditions as dark, cramped, and unsafe due to various hazards such as explosions, cave-ins, suffocation, and breathing toxic gasses. The second illustration shows how mines encountered underground sources of water, which would necessitate pumping or draining.