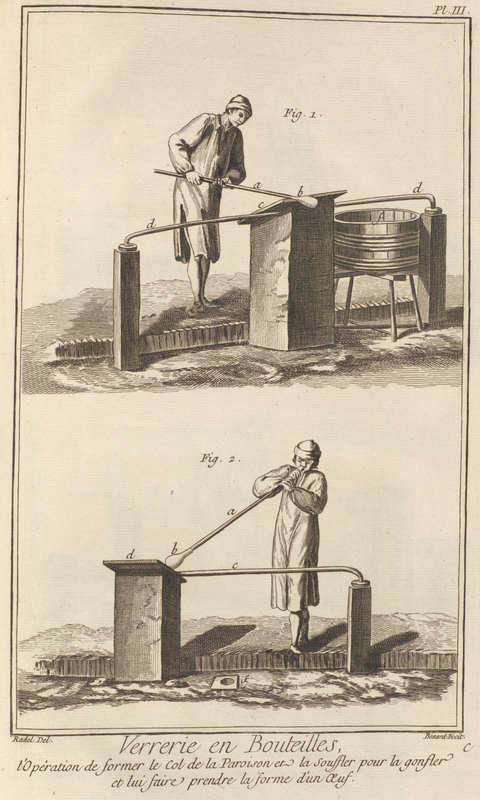 This first image depicts a worker forming the neck of a bottle by rolling the blowing pipe and attached glass along a second pipe and work station. The second image shows a worker blowing the unformed lump of glass into an egg-shape, which is ideal for later shaping. The mold that lends the glass its cylindrical bottle shape is included as a circular hole in the ground. The portrayal of people engaged in the craft being describes adds an element of activity that is otherwise lacking in a drawing of tools and equipment.

Denis Diderot (1713-1784)
Encyclopédie. Volume 10, Glass Making – Bottle Glass Making (Verrerie – verrerie en bouteilles) Plate III: Operation of Shaping the Neck of a Piece of Glass and of Blowing it to Expand it and Give it the Shape of an Egg.
Paris: Briasson [etc.], 1751-1772