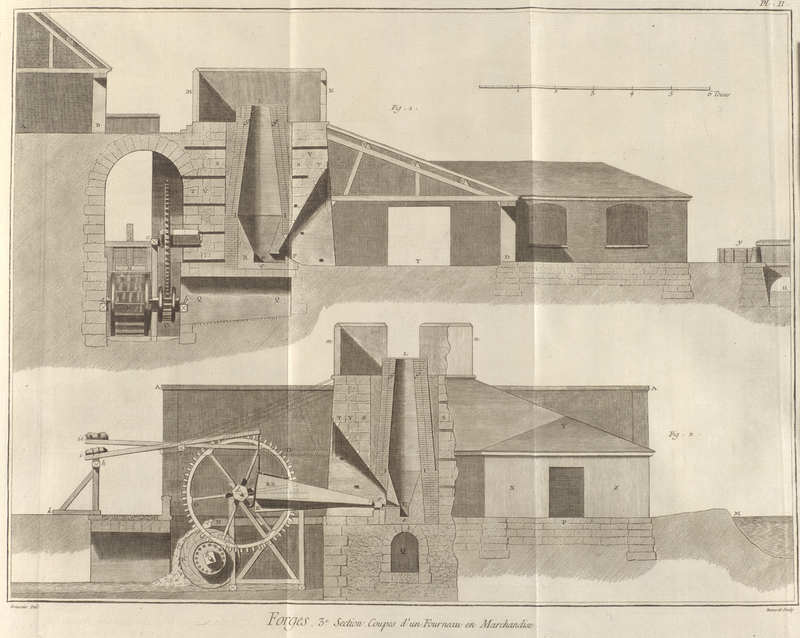 At the time of the Encyclopédie’s publication, the mass production of iron was accomplished using large blast furnaces. In principle, the blast furnace depicted in this plate is the same as modern blast furnaces and only varies in size and complexity. In an example of the Encyclopédie presenting outdated information, the iron furnaces and forges are still described as using charcoal as a fuel source rather than coke, which represented a significant technological advancement and was being used in the English Iron industry. This blast furnace operated by constantly feeding in charcoal, iron ore, and limestone flux and extracting the molten iron and slag from the hearth. Modern blast furnaces once operated by the Bethlehem Steel Company can be still be seen as part of the SteelStacks complex.