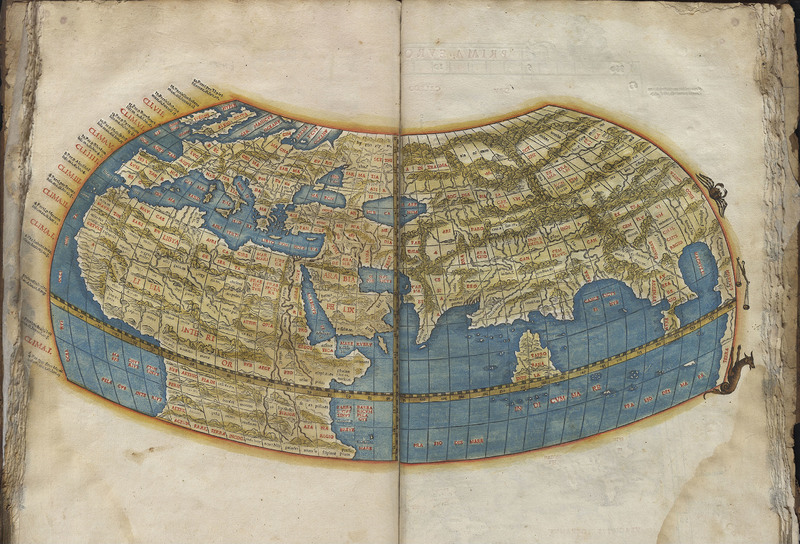 Ptolemy of Alexandria, a 2nd century Greek geographer, astronomer, and mathematician, created a grid system that designated coordinates to places throughout the known world. His concepts were based on earlier geographers, including Hipparchus of Nicaea (c.190-120 BCE), who first specified location using latitude and longitude, and Eratosthenes of Cyrene (c. 276-194 BCE), who first applied latitude and longitude to a map of the world. However, it was Ptolemy’s map grid that influenced medieval cartography in mathematically calculating and visually depicting coordinates of latitude and longitude in relation to global locations.