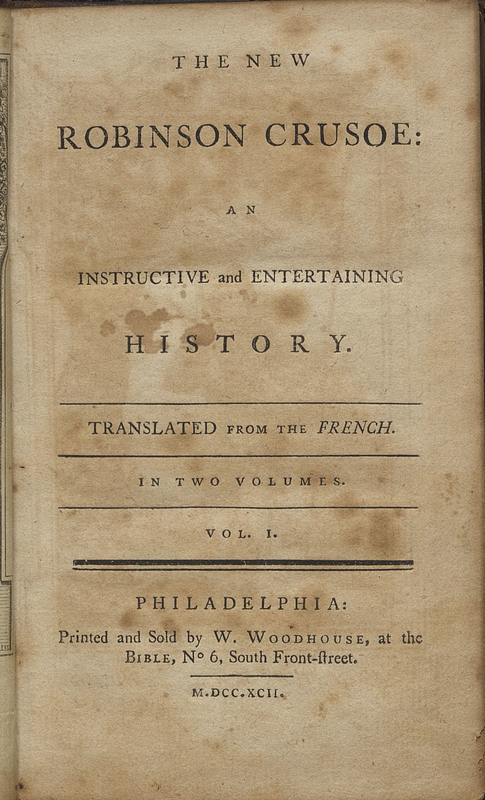 Originally published in German as Robinson der Jüngere, this Robinsonnade demonstrates the international popularity of this genre and its transition toward a younger audience. While most Crusoe inspired novels are primarily directed toward young boys, Campe’s story is explicitly for children of both sexes, which was unusual for the 18th century. Unlike Crusoe and most other Robinsonnades, Campe’s work does not feature a shipwreck, instead featuring a family that willingly separates itself from society to create its own idyllic island. Campe was an educator who incorporated Rousseau's Enlightenment theories of pedagogy into The New Robinson Crusoe.

Joachim Heinrich Campe (1746-1818).
The New Robinson Crusoe an Instructive and Entertaining History for the Use of Children of Both Sexes. Dublin: W. Colles, 1789.