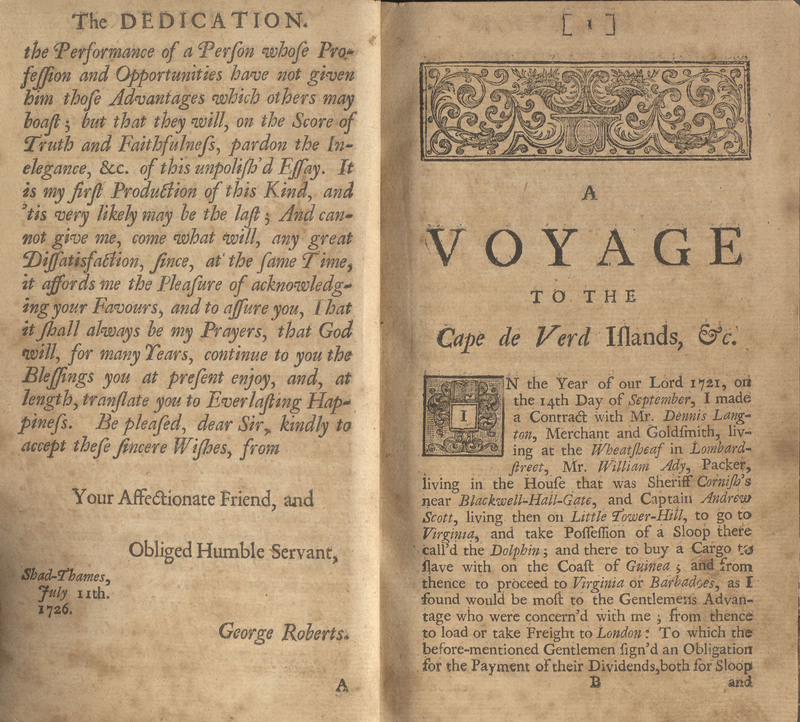 Defoe’s authorship of this work has been questioned by scholars, particularly since a real George Roberts was found to have visited Cape de Verde. However, it is now generally accepted that Defoe would have had access to all of the information necessary to write this story, without requiring the real Captain Roberts to have contributed to the book. Reports of maritime exploits by pirates and authorized English privateers were common in early 18th century newspapers, and this work built on these popular factual accounts by providing a dramatized narrative. The widely held interest in pirates among the English public is also evident in the publication of the General History of Pyrates, on display in this exhibit.

Daniel Defoe (1661?-1731).
The Four Years Voyages of Capt. George Roberts; Being a Series of Uncommon Events, which Befell him in a Voyage to the Islands of the Canaries, Cape de Verde, and Barbadoes, from whence he was Bound to the Coast of Guiney ... London: A. Bettesworth [etc.] 1726. 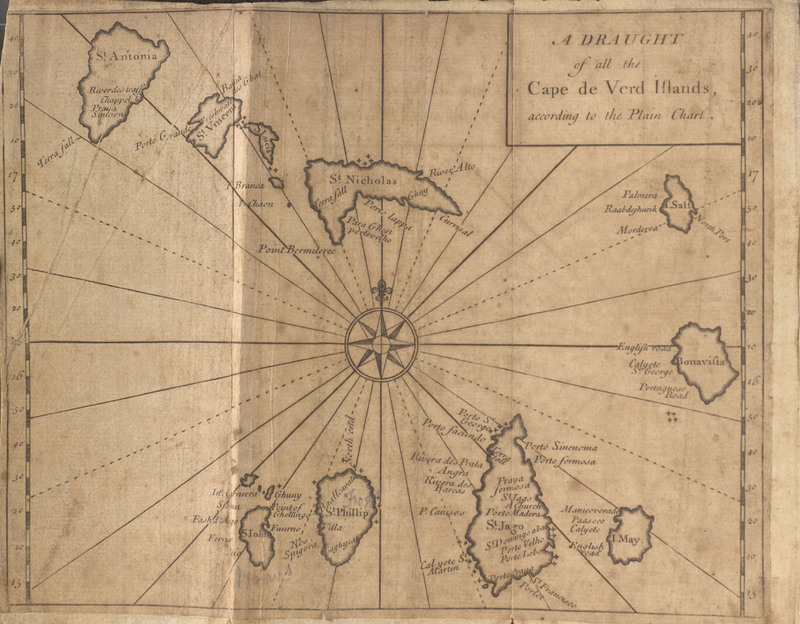