-The Narrative of Arthur Gordon Pym of Nantucket 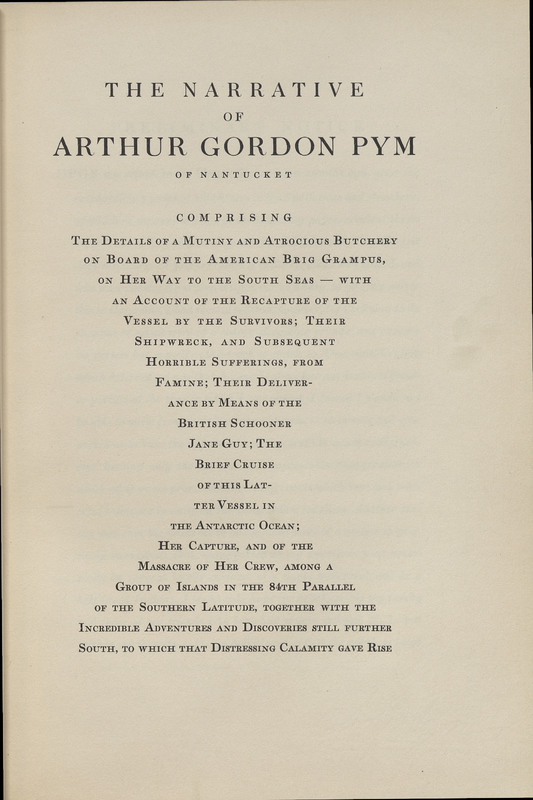 While not strictly a Robinsonnade, this work by Poe features many common elements including shipwreck, mutiny, and cannibalism. The influence of Crusoe on Poe is evident, with Poe writing a review of a new edition of the story in the Southern Literary Messenger in 1836, two years before this story was published. In this review, Poe writes,

“While Defoe would have been fairly entitled to immortality had he never written Robinson Crusoe, yet his many other very excellent writings have nearly faded from our attention, in the superior lustre of the Adventures of the Mariner of York. What better possible species of reputation could the author have desired for that book than the species which it has so long enjoyed? It has become a household thing in nearly every family in Christendom!”

Jules Verne, who is included in this exhibit for his Crusoe influences, later wrote a sequel to this work, titled An Antarctic Mystery. This work also influenced Yann Martel’s Life of Pi, also featured here, as Poe’s character Richard Parker is the namesake for the tiger in this work. 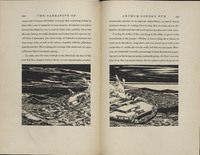