-The Misfortunes of Alonso Ramírez 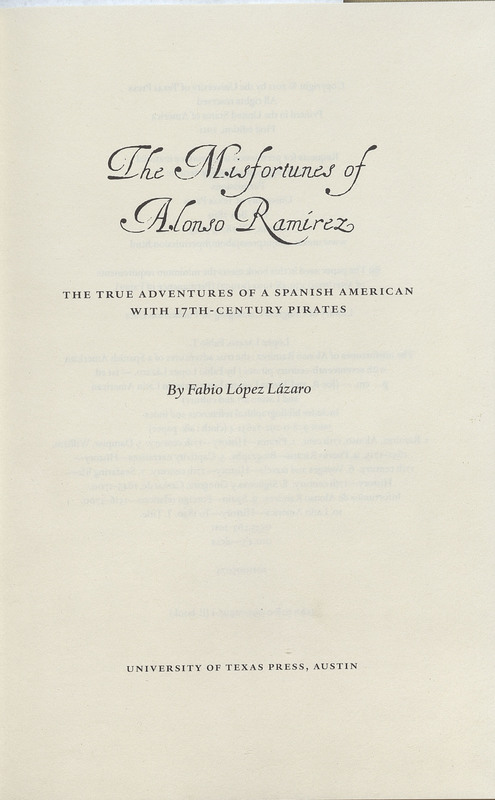 This book tells the story of a Puerto Rican sailor, Alonso Ramírez, who is pressed into piracy near the Philippines by the English Captain William Dampier, who is also featured in this exhibit. Ramírez eventually escapes and is shipwrecked off the coast of Mexico in 1690. Similar to many of the works attributed to Daniel Defoe, the status of this book as fiction has been debated since its first publication in 1690. In this new critical translation, López-Lázaro uses archival evidence to verify the historical people and events mentioned in the original story. This additional corroborating research helps to establish the work as non-fiction despite containing “distortions and lies”. This story of piracy and shipwreck shows how common these events and tropes were in the late 17th and early 18th centuries, and also provides a unique Latin American perspective to subjects that have long been dominated by European narratives.