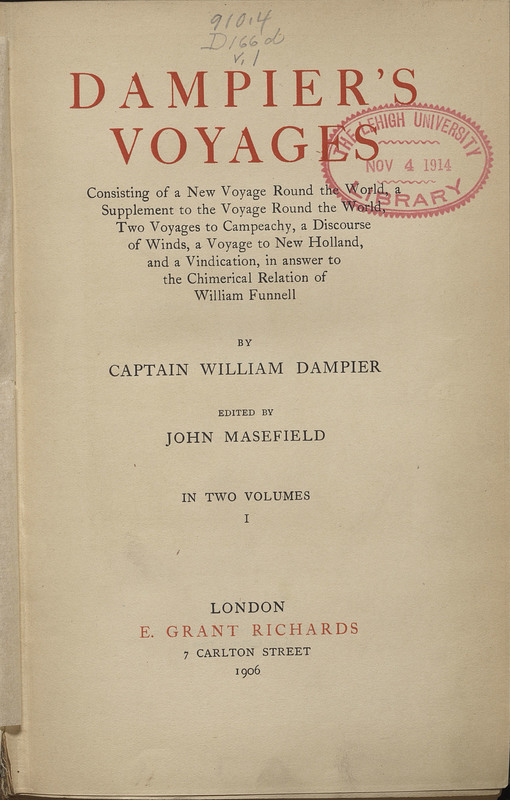 Predating Selkirk’s abandonment by twenty years, a “Meskito Indian” native from what is now Panama was similarly stranded on one of the island Más a Tierra, part of the Juan Fernandez Islands and later renamed Robinson Crusoe Island. The native American, named Will, was left on the island after the English ship he was serving on was chased away by the Spanish. As described by William Dampier, an English circumnavigator and explorer of Australia, Will had survived on the island for three years before the English expedition returned and rescued him.

“He had with him his Gun and a Knife, with a small Horn of Powder, and a few Shot; which being spent, he contrived a way by notching his Knife, to saw the Barrel of his Gun into small Pieces, wherewith he made Harpoons, Lances, Hooks and a long Knife; heating the pieces first in the fire, which he struck with his Gunflint, and a piece of the Barrel of his Gun, which he hardned; having learnt to do that among the English.”

Dampier would later command a ship that was part of the English expedition that resulted in Selkirk’s stranding. Dampier also served as the sailing master aboard Woodes Rogers’ ship Duke when Selkirk was rescued.

← -Humboldt's Personal Narrative of Travels
-Providence Displayed: or, The Remarkable Adventures of Alexander Selkirk, of Largo, in Scotland →
Travel and Exploration
-Dampier's Voyages