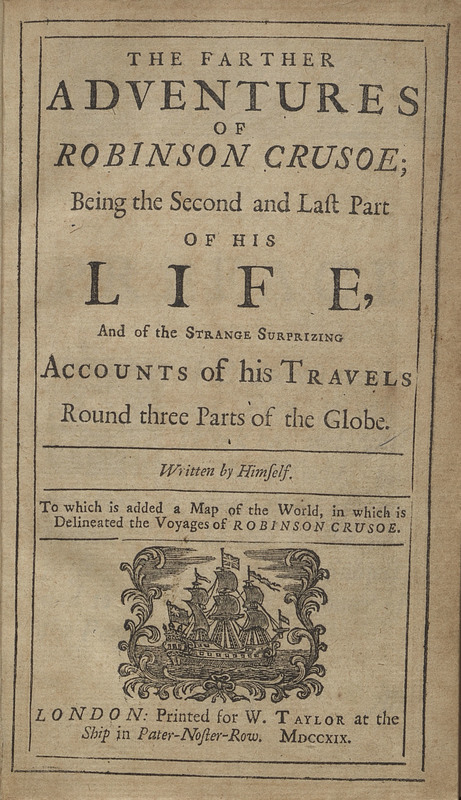 This sequel to Robinson Crusoe, published in the same year as Defoe’s tale of the shipwrecked sailor commemorated in this exhibit, begins with a look at Crusoe’s marriage and children. His desire to return to the island on which he was shipwrecked is great, and upon the loss of his wife, he embarks on a journey that takes him back to the island. Following this visit, Crusoe sets sail for Madagascar, followed by Southeast Asia and China. His travels next take him to Siberia, before he returns to London ten years later, settling in 1705.

Daniel Defoe (1661?-1731).
The Farther Adventures of Robinson Crusoe: Being the Second and Last Part of his Life, and Strange Surprizing Accounts of his Travels Round Three Parts of the Globe. London: W. Taylor at the Ship in Pater-Noster-Row, 1719.